We earlier reported on A-DATA’s new S501 SSD that is expected to appear next year. Over at TweakTown they have published some quick tests as it had accessed to A-DATA’s headquarter in Taipei and the drive, and performance is impressive. It looks like a good start for SSD and 2011.

Since the tests were done on A-DATA’s own system the results should be taken with a pinch of salt, but despite that it looks like A-DATA will be first with the next generation SSDs, at least those based on Marvell’s coming SATA 6.0 Gbps controller. 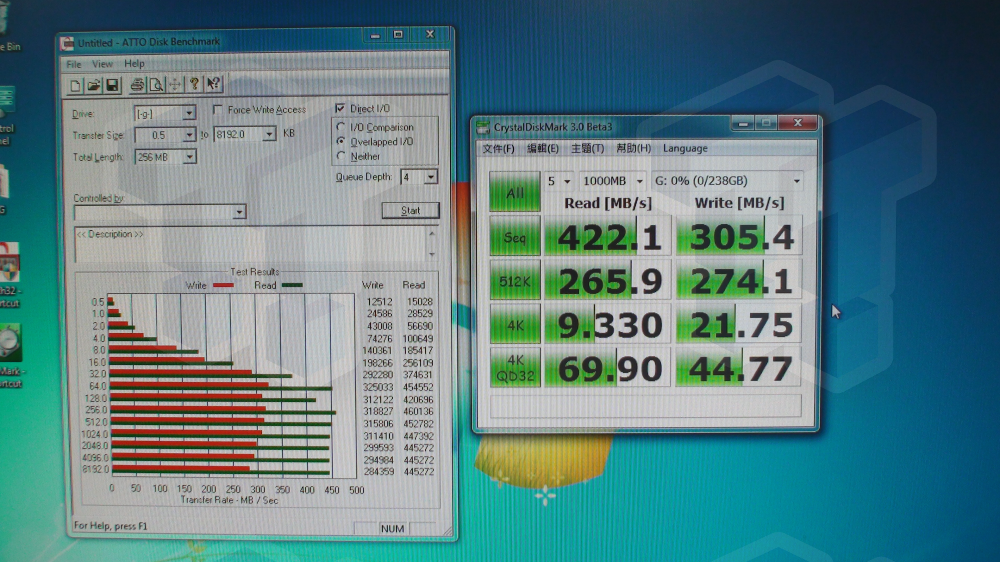 Those results are nothing to be sneezed at though – they are really impressive. Fast forward several months and A-DATA is getting close to actually releasing and selling the S501 and boy, I can tell you they have been working hard on boosting the performance of their first SATA-III SSD to insane levels. We were shown a drive running the latest (and we are told stable and near shipping) firmware that will be displayed during CES in Las Vegas next month that was able to hit a totally amazing 460MB/s on the read and 325MB/s on the write.

Despite the already impressive results, A-DATA promises further improvements before the launch at CES in Las vegas in January.