Sandy Bridge isn’t just a processor architecture that will appear among desktops. The fast mid-range processors are also important for notebooks where Dell-owned Alienware are preparing its first Sandy Bridge-based M17x model.

Alienware M17x comes with a mobile Core i7-2820QM CPU clocked at 2.3GHz, but can hit 3.4 GHz in Turbo mode. The processor is made with 32 nanometer technology. It also has a relatively powerful graphics circuit, but this is in no way enough for Alienware.

The company enables customers to equip M17x with either GeForce GTX 460M from NVIDIA, or Radeon HD 6900M from AMD. The latter hasn’t even launched yet, much like the processor. Despite that not only pictures but even benchmarks with the computer has appeared online. They tested it using 3DMark06, which shows impressive numbers for a notebook; 20155 points with Radeon HD 6900M and 16975 points with GeForce GTX 460M, even though it used the slower Core i7-2720QM CPU in the tests with the AMD GPU. 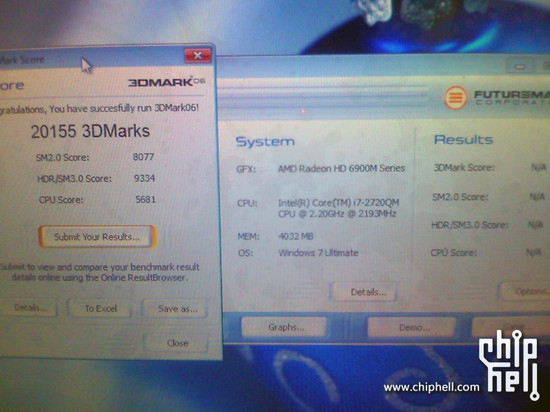 One of the pictures show a screenshot that hints that the integrated GPU of Sandy Bridge will be capable of 15000 points in 3DMark06, which sounds almost too good to be true.

Alienware M17x will be a gaming computer to count on and even if it isn’t entirely certain when the computer will launch, Sandy Bridge will arrive in January. Price unknown at this point. 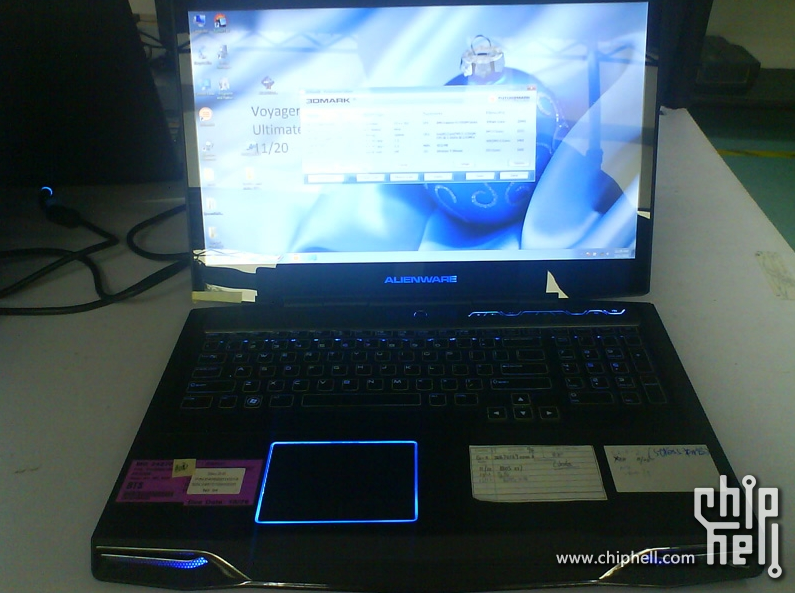 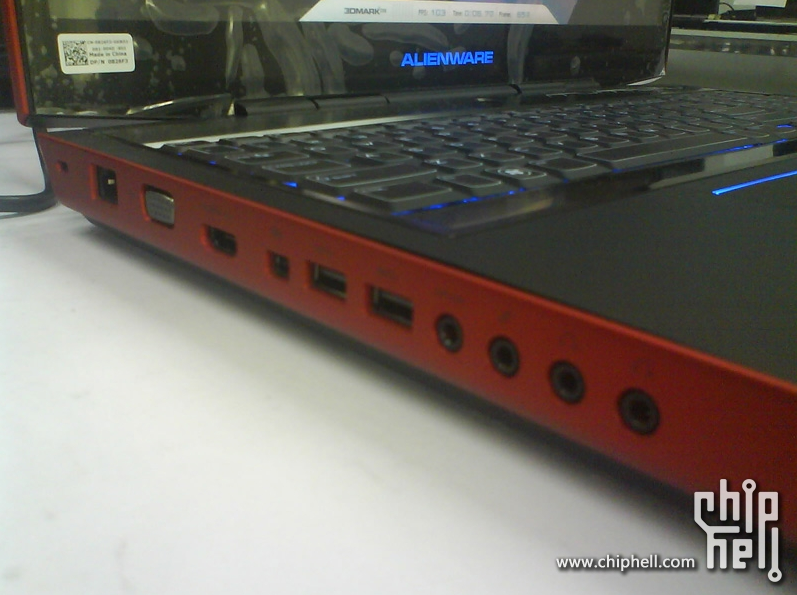