Besides the recently released graphics card cooler, Alpenföhn has announced that a new air cooler will come to compete against performance coolers like Noctua NH-D14. The cooler has a design that reminds us of NH-D14, but slightly ”hotter” with eight heatpipes and bigger area with its wavy design.

Alpenföhn K2 use a so called Twin-Tower design that has become more common lately to get that very little extra to stand out. K2 has no less than eight 6 mm heatpipes with nickel coating and 49 aluminum fins. What we normally see with manufacturers when they use this many heatpipes is that they put a number of them on top, which means they don’t get their full potential, but with K2 looks to get the most of its heatpipes. 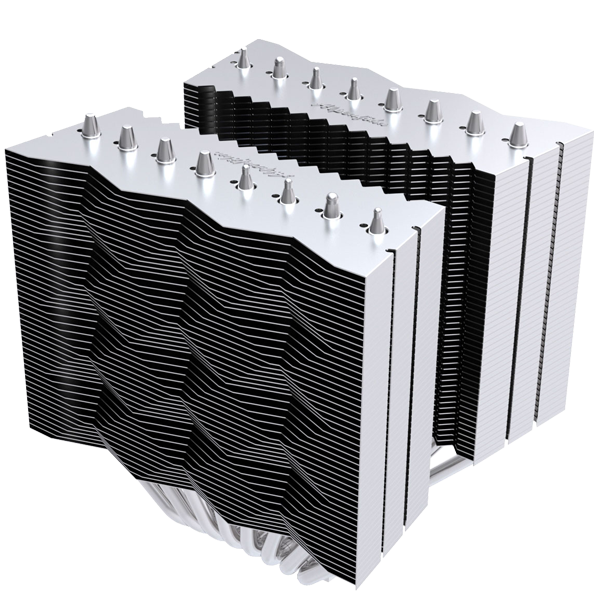 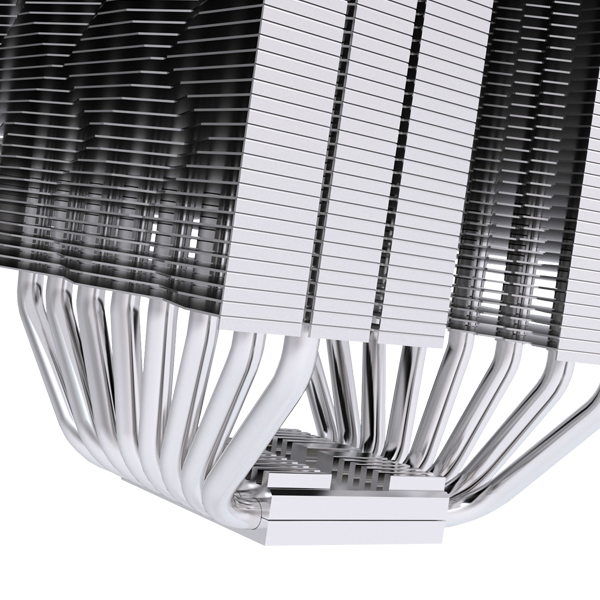 Another thing Alpenföhn has done with K2 is make the sides wavy to create a larger impact area for the fans to hit, but the exact effect of this can be debated. The sides of the cooler are closed to stop any leakage. The cooler has a 120 mm fan and 140 mm in the middle, but if we take for granted that mounting brackets are included it shouldn’t be a problem to isntall another 120mm fan.

The launch date for Alpenföhn K2 is unknown, but the price will be aorund 70-75€.