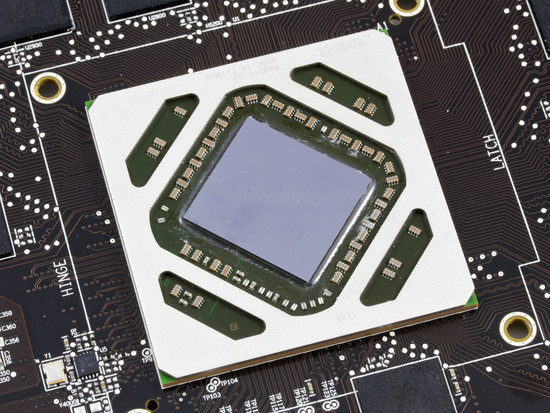 AMD have launched two of three graphics card series based on the new Graphics Core Next architecture. With Radeon HD 7900 and HD 7700 launched we now have detailed specifications for the performance series Radeon HD 7800, also known as Pitcairn.

AMD Radeon HD 7870 will be the top model in the performance range. The Pitcairn XT graphics circuit that is found on the circuit board is a stripped down version of the Tahiti GPU used in Radeon HD 7900. With 22 Graphics Core Next modules Radeon HD 7870 gets 1408 Radeon cores (stream processors) that with 88 texture units and 24 ROPs puts the card on a whole different level than the recently launched mid-range cards in the Radeon HD 7700 series.

Compared to the cousins in the Radeon HD 7900 series it gets tougher and besides fewer Radeon cores AMD will equip the 7800 series with a narrower bus at 256 bit. This is paired with 2GB GDDR5 RAM, the same configuration as last year’s Radeon HD 6900 series. The clock frequencies will land at 950 MHz GPU and 5500 MHz memory, according to Expreview.

Little brother Radeon HD 7850 has to settle for a Pitcarin Pro GPU with 20 GCN modules and 1280 Radeon cores at its disposal. These are backed up by 80 texture units and 24 ROPs, which with the same 256 bit memory bis connected to 1GB or 2GB GDDR5 memory. If we look to the frequences they have been turned a bit to 900 MHz GPU and 5000 MHz memory.

The launch of Pitcairn and Radeon HD 7800 series is slated for early March and with its new 28 nanometer circuits we should see a new level of performancewatt in the performance segment. At the same time rumor has it that we will see a Tahiti-based member in the Radeon HD 7800 series in the future. But this one is a bit more foggy, and the same goes for when competitor Nvidia will launch its first 28nm circuits in the Kepler family.