ARCTIC is best known for its coolers and has a lot of solutions for processors and graphics cards in all price segments. Lately it has been experimenting in other areas, peripheral accessories and such, but now the company is also working on a multimedia-PC.

ARCTIC’s new multimedia PC is so far just in development the only information we have comes from two pictures, and the name MC001. ARCTIC came up with the idea of a multimedia PC early last year and it had several critiera that had to be fullfilled; cheap without performance compromises, high quality components and clean design. 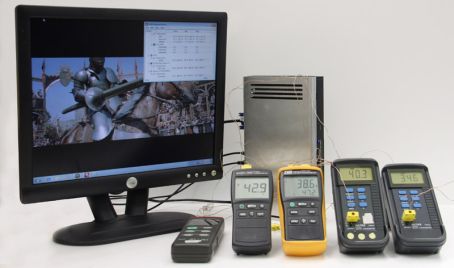 We don’t know what kind of hardware to expect from ARCTIC MC001, but we have to say that the design is clean, as it can easily be mistaken for a DVD or Blu-ray player. ARCTIC MC001 comes with completely passive cooling lakcs fans, but according to the picture it doesn’t look very hot, which could mean the hardware isn’t very high-end?

Launch date and exact price is unknown, but MC001 is a welcomed addition to the market so far.