ARM has officially stated that it is looking to make a partner in AMD to bring forth new and better SoCs for smartphones and tablets. AMD has said that it will change its strategy and is not tied to x86 but can consider other alternatives if it makes the company more competitive. Is ARM the way to go for AMD?

Rivals AMD and Intel have both said that their combined focus is x86 x86 for all types of units on the market, the slogan has been ”x86 everywhere”. Both companies are well under way since Intel is spending billions of dollars on getting into smartphones, while AMD still lacks a smartphone strategy but has considered more focus on getting its Fusion APUs into tablets.

AMD has no official plans to get into the smartphone market, but ARM says that AMD is a company that sells large amounts of microprocessor and should look at the possibility of making circuits for smartphones, tablets and other mobils devicse that require extra low power consumption.

Whether AMD will act on this is hard to say, but it has invested a lot of money into the development of the Bobcat core and to already put it aside to start using cores from ARM instead is most likely not a path AMD is likely to take. Even though AMD has a strategy for the growing tablet market it lacks one for smartphones (officially)and ARM would be an opening for AMD there. 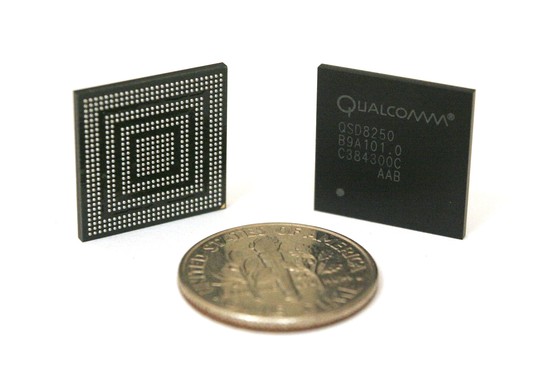 Another possibility is that AMD goes in the same direction as NVIDIA and its Tegra architectures that use ARM, but through NVIDIA’s expertice in graphics it has found a niche. The problem for AMD is that is having a tough time in the x86 segment, while the ARM market already has a large amount of companies competing against each other; Freescale, TI, Qualcomm, Marvell, Samsung, Nvidia and possibly soon LG. We shouldn not forget about the magic about x86 is the backwards compatibility with all sofrware for Microsoft’s operating system Windows.

AMD will not abandon x86, but perhaps we will get to see some action on the side with ARM in the future. At least one of the two is willing to give it a short.