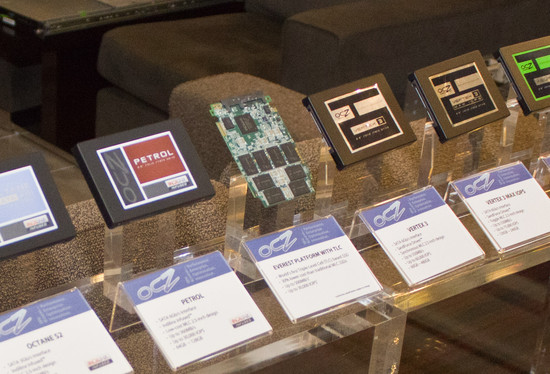 OCZ Technology had a bunch of SSD units to show at CES in Las Vegas. We decided to look closer at some of the solutions, one of which was claimed to be the first SSD with TLC NAND flash and PCI Express solutions with 16 controller circuits.

OCZ decided to skip the messy floor and housed itself in the adjacent hotel Aria where it had a nice, but dark suit where it showed some of the company’s current and coming products. We have already dissected most of the current SSD solutions and instead focused on the coming creations.

To consumers OCZ’s and the market’s first TLC NAND SSD was one of the more interesting solutions to see. With 50% higher capacity per NAND chip compared to MLC solutions there are great expectations for lower price per gigabyte. The TLC unit OCZ showed in Las Vegas was still a prototype and a retail launch is not expected to ahppen until June. It could not promise any noticeable price reductions before the new TLC technology had matured and the manufacturing costs have dropped.

OCZ also showed some other odd solutions like a 64GB DRAM SSD where it used DRAM circuits to achieve instantaneous access times. An extremely expensive solution that is only made on demand. Also, the world’s largest 3.5″ SSD was there sporting 4TB capacity, and the Z-Drive series with up to 16 SSD controller on one and the same PCI Express solution. 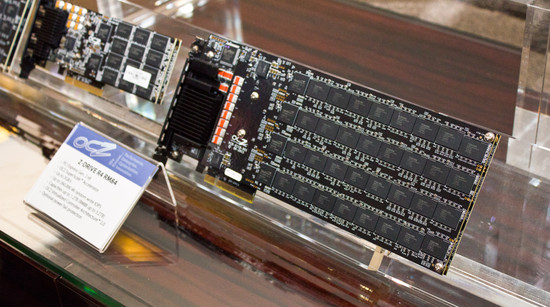