Colorful iGame 460 is without a doubt the most powerful GeForce GTX 460 card we have encountered, which is actually says a lot considering all of the overclocked models available. The GPU clock frequency has been raised from 675 MHz to 900 MHz and the cooler is something truly extraordinary.

Colorful has built the monster card on a custom circuit board with 6+1 phase power supply (the reference has 3+1), film capacitors, measuring spot for voltages and two 6-pin PCIe power connectors. The card also has two DVI outputs and one mini-HDMI, and it works in SLI. The 336 CUDA cores operate at 1800 MHz and the 1GB GDDR5 memory has been overclocked to 4200 MHz. To accomplish these impressive clock frequencies it has given the card a brutal design with a backplate and four heatpipes and transferring the heat to a two-part aluminum heatsink, which is cooled by two large fans.

Colorful iGame 460 is really something out of the ordinary. Unfortunately the card will be limited and only available to certain parts of the world, sadly we’re not sure which except from Asia. 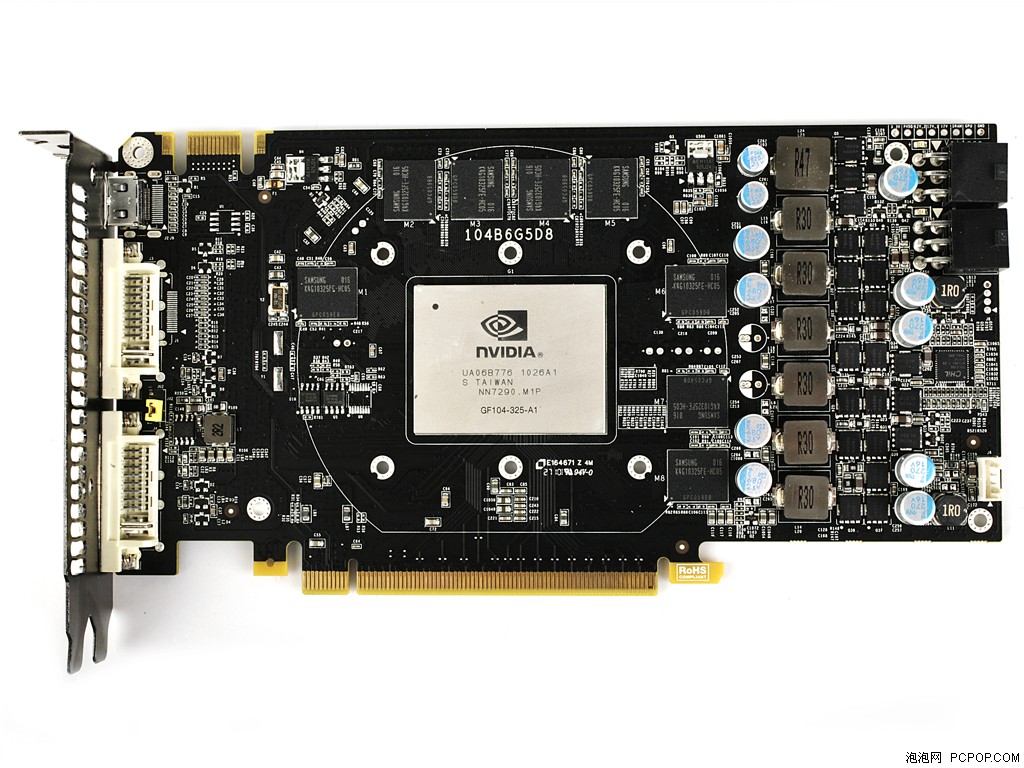