Intel introduced the new Core family and Sandy Bridge earlier in January where Core i7-2600K has been sitting safely on the throne, besides from Intel self with the more expensive Core i7-990X from last generation. A successor to 2600K is coming, but the difference is in no way astonishing.

Intel is ready to replace Core i7-2600K to raise the bar, just in time for the launch of AMD Bulldozer (of the rumors are true) and Sandy Bridge-E that is expected to make an entrance in November. The new Core i7-2700K will bring a marginal increase in frequency, and replace i7-2600K in price. 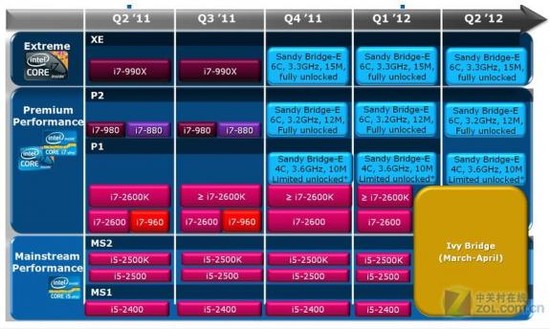 When the new processor will appear was not mentioned, but it is not unlikely that Intel chooses to release i7-2700K around the time of the AMD FX launch, which is due in October. Previous performance hints does not bode well for AMD’s new architecture and performance worse than expected, so Core i7-2700K could very well overshine AMD at launch.

What would make Core i7-2700K really interesting is if it would bring a new stepping, that traditionally lowers power consumption and improve overclocking.