DDR3 memories may be more energy efficient than previous generations, but they still operate at high speeds and can reach pretty high temperatures. Corsair has presented a new LED display for selected memory modules in its program, Corsair AirFlow Pro, which shows both load and temperatures. 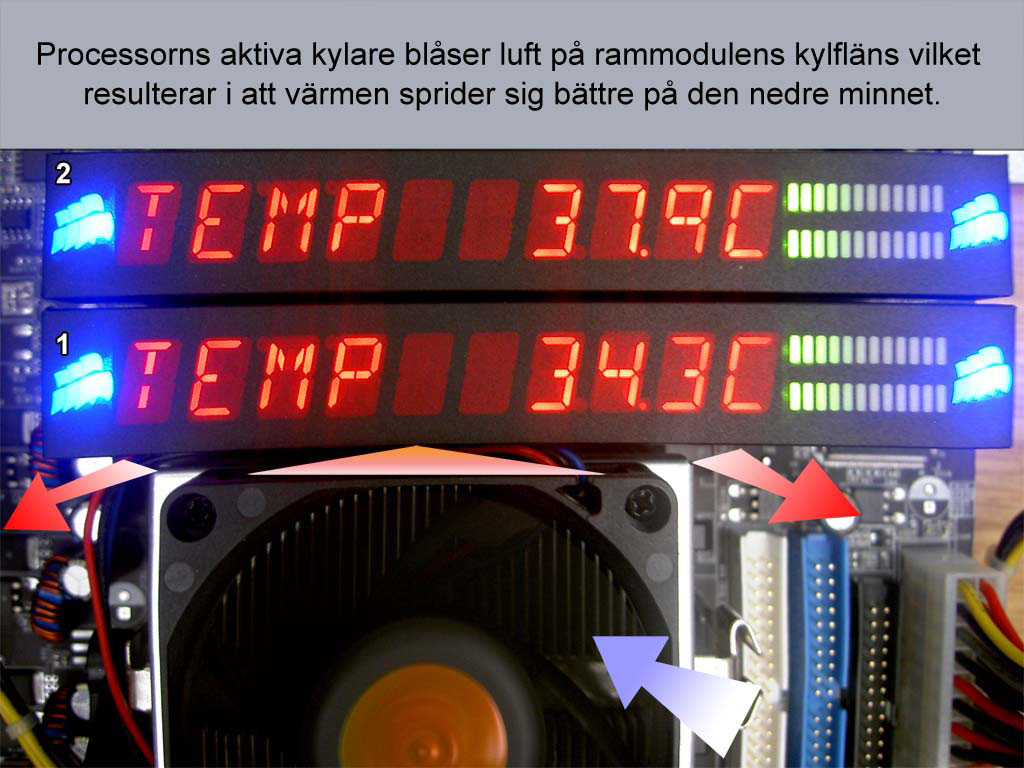 The LED display doesn’t show numbers, but only activity LEDs that use colors for showing the load and temperatures. AirFlow Pro is supported by the Dominator modules with DHX Pro. All modules with names starting with CMT or CMP, which is around twenty at the time of writing, are supported. Corsair AirFlow Pro will be available in stores later this summer and cost around $35.