DDR3 memory has never been so cheap, you can get 8GB kits for practically no money at all. The latest information from IHS says the trend will continue with lower and lower prices, but the manufacturers is having a hard time and is starting reach dangerous levels where the sales prices is almost the same as the cost of manufacturing.

It is not about to stop there, but prices are expected to keep falling toward record low levels in Q4. Prices can drop another 22% to 1.25 dollar, which is dangerously close to the cost of making. The reasons for the drop are primarily two; overflowing stock lager and the transition to new manufacturing technology. 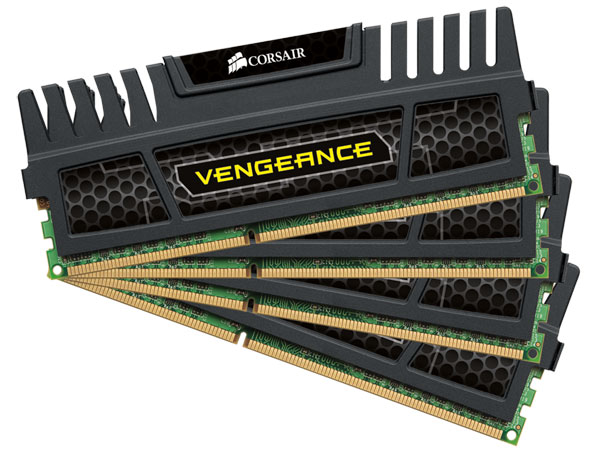 Will 2011 be the perfect year to upgrade your memory?

The overflowing stocks could be that many are choosing to rather spend money on phones, USB memory or other kind of dagets. These also use DRAM or some other standard that are harder to adjust to. With less PCs being sold the stock builds up, and Taiwanese DRAM manufacturer Nanya has had a stock status of 30 days before it decided to halt production.

One of the hotter topics is the new manufacturing technologies where one DRAM manfuacturer is more aggressive than the next since it is the only wau to stay ahead and keep the price of production down. Korean Hynix has had poor yields with its 38nm process, and while hunting for smaller nodes the cost increase for research and development. This also makes it hard to sell stock of old circuits built on an older node.

DRAM manufacturers are struggling to go lower on the node ladder

ProMOS have reported that it will remove itself from the DRAM market and instead only make memory circuits for smartphones and other handhelds. IHS expects many to start manufacturing and sales of NAND memory in the future since they bring higher margins than DRAM. NAND circuits are used in smartphones, USB memories, SSDs, memory cards and other types of products with permanent storage. They are also expected to search for other alternatives to get a more mixed product portfolio instead of relying on just DRAM with its thin margins.

It looks like the consumers will be able to enjoy this for some time, and Q4 looks like the perfect opportunity for buying RAM. There are no plans to adjust prices upwardsm which has happened many times before.