EVGA is working on the first retail motherboard supporting dual LGA2011 processors. The component maker has now released a picture of EVGA SR-X, which is about to enter the market – armed to the teeth.

EVGA gears the new motherboard toward extreme enthusiast and there is no surprise that the board comes well prepared for overclocking. A big power supply for each CPU socket with two extra CPU power connectors for each CPU (6 pin + 8 pin) and SLI and CrossFire support. EVGA has also made room for voltage reading points, power/reset buttons and EVBot. A big aluminum heatsink cools the heatsink and surrounding circuits while the voltage regulators have their own passive heatsinks. 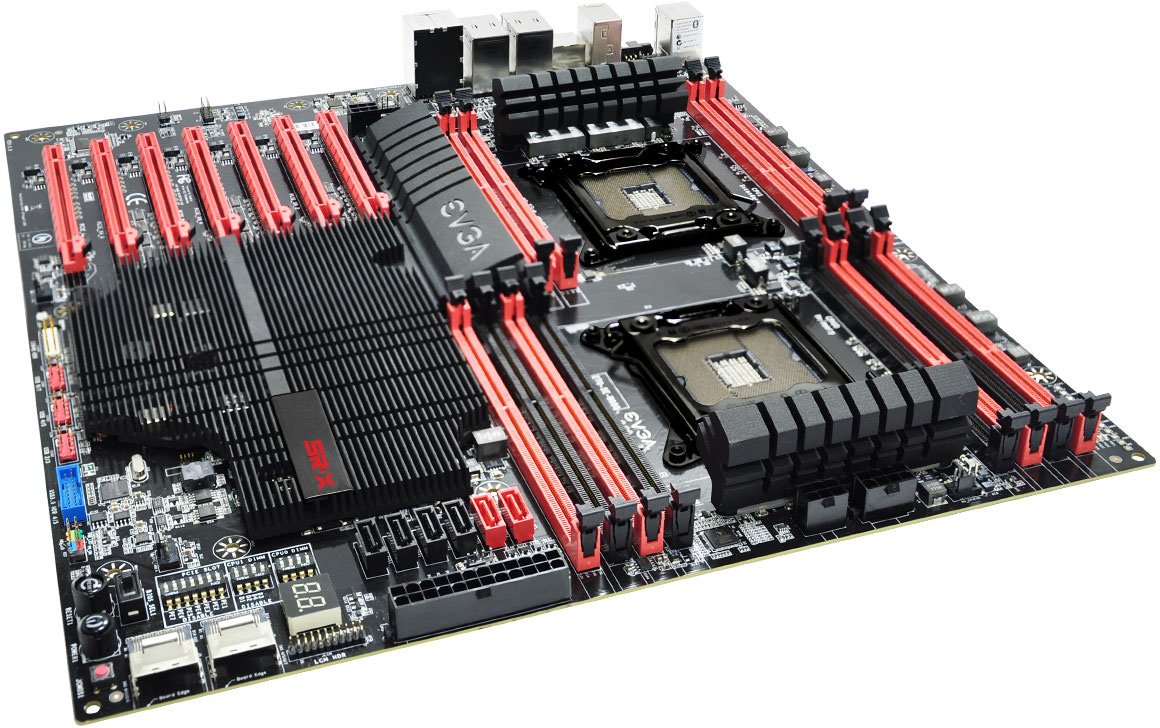 EVGA SR-X will be launched officially during CeBIT next month, but availability and price are still pending. Those who want to build a performance monster for ridiculous amounts of money will find a nice companion in this board along with two powerful Xeon processors from Intel’s coming E5-2600 family.