Fractal Design has presented a new version of the mini case Node 304 where it has used white and lean design for the modular case. Node 304 can despite its mere size house up to six harddrives and three fans, but when it comes to the motherboard you have to settle for mini-ITX models.

Swedish Fractal Design have made a name for its clean and cheap cases. Its Node 304 is the latest attempt to create a small and convenient solution for file servers, gaming rigs and other systems in a small format, but still sporting capable hardware. 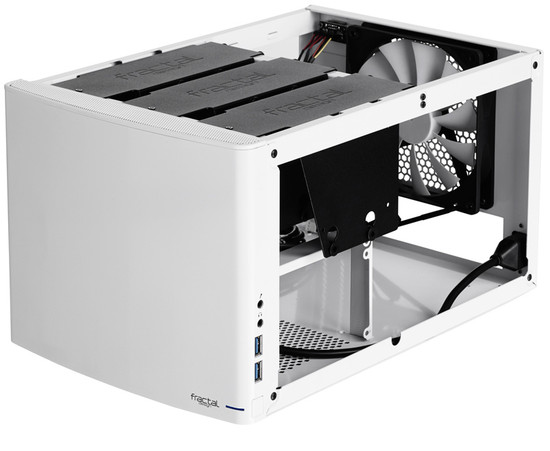 Fractal has used a modular design with three separate harddrive cages that can be moved, removed and reorganized depending on your need. This makes it possible to power many harddrives and still have room for a big graphics card. The case is now available in a white version, Node 304 White, that just like the previous model offers two USB 3.0 ports, two 92 mm fans and one 140 mm fan, and room for up to six 3.5 or 2.5″ harddrives. With two of the harddrive cages removed (2 HDD slots remains) the case can hold graphics cards up to 310 millimeter in length. 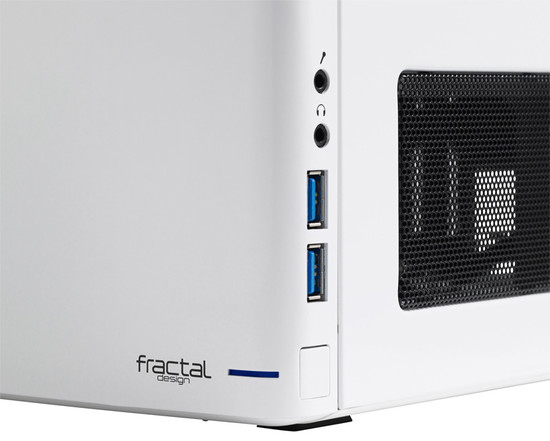 Node 304 supports regular ATX power supplies up to 160 mm deep and up to 4.9 Kg. The measurements are 250 x 210 x 374 mm and ships with an integrated fan controller that controls the three bundled fans.

Fractal Design Node 304 white will be in stores shortly and will cost around 80 euro.