Galaxy is one of the most ingenious graphics card makers on the market, in Europe it is perhaps better known as KFA2. Following EVGA’s launch of the first graphics card with dual Fermi GPUs we get pictures of a similar model from Galaxy, with a white PCB and a surplus of Prodalizer capacitors.

Galaxy’s prototype has, just like EVGA GTX 460 2Win, dual GF104 GPU circuits, which is used by the popular mid-range card GeForce GTX 460. Together the two circuits offer 672 CUDA cores and these are assisted by 2GB GDDR5 memory. The card has two 256-bit memory buses connected to 16 0.4ns GDDR5 memory chips from Samsung. 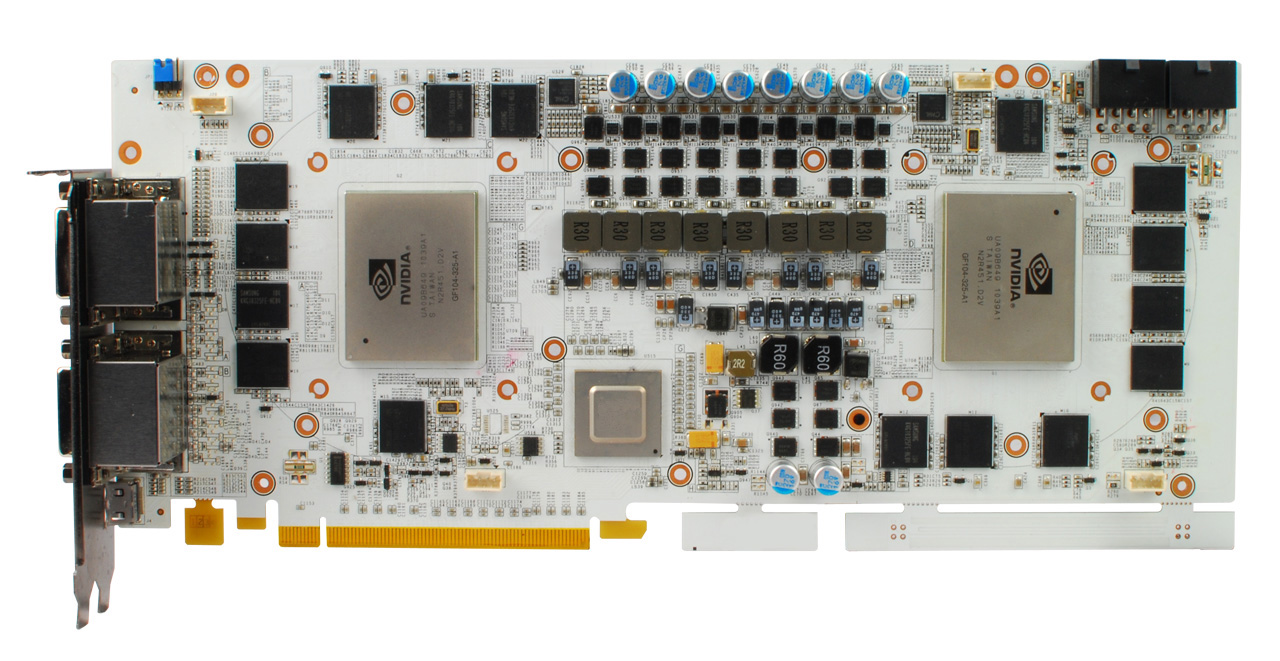 What makes it different from other models is that Galaxy once again has used a gorgeous white PCB that is crammed full with capacitors and voltage regulators. The power supply is made up from 8+2 phases (GPU + memory) and backed up by four Proadlizer capacitors from NEC on the back of the card. Galaxy has installed four DVI outputs and one Mini-HDMI output for connecting up to four monitors, and support for NVIDIA 3D Vision Surround.

The card will be cooled by a heatsink equipped with three large fans and together with the beafy power supply there should be room for overclocking.

Galaxy holding off launch in the wait for GF114 circuits

The two GPUs comes from NVIDIA’s first Fermi generation but according to sources the card is just in the development stage and unlike EVGA that has launched its card with two GF104, Galaxy is waiting for better chips. The company is planning an upgrade to the new GF114 GPU circuits found on GeForce GTX 560 Ti. 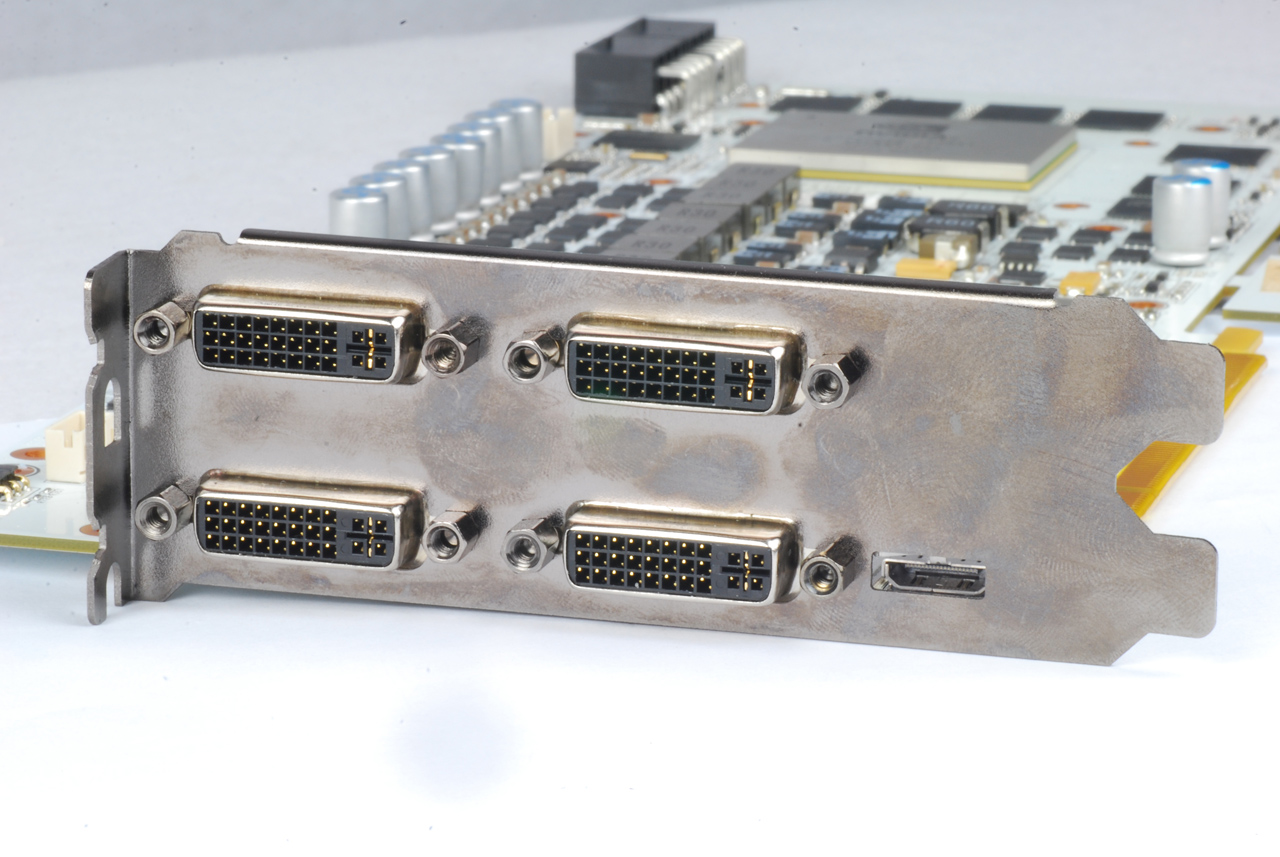