NVIDIA continues at a high pace with the GeForce GTX 500 family. We are still waiting for AMD and its new flagship series Radeon HD 6900 and we now have new information that confirms a launch date for GeForce GTX 570, the successor to GeForce GTX 470.

The graphics card builds on the new circuit GF110 – the same GPU NVIDIA uses in GeForce GTX 580 – but has been crippled a bit. The number of CUDA cores has dropped from 512 to 480 while the memory bus is narrower and the clock frequencies turned down.

The prices are yet to be revealed, but the launch is set for December 7th, 2010, which hints that NVIDIA is aiming to take advantage of another big game launch, namely the Cataclysm expansion pack for World of Warcraft. This follows the pattern set with the launch of GeForce GTX 580, when it timed the launch of Call of Duty: Black Ops. 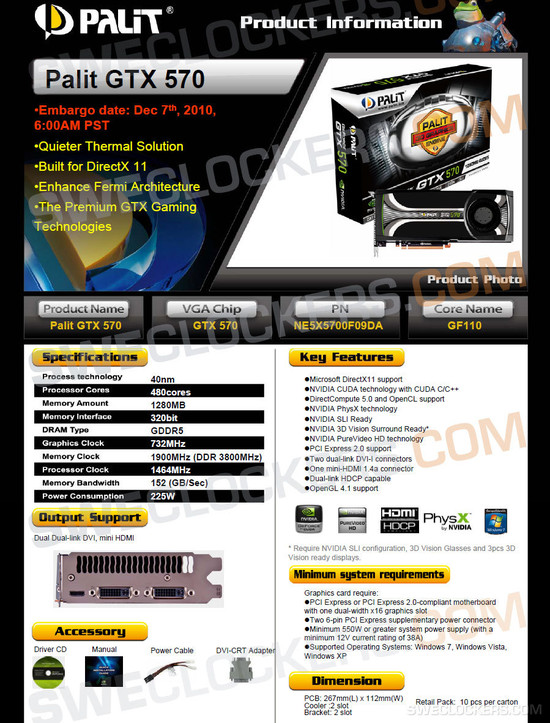