GeForce GTX 580 looks to become the next flagship with many similarities to GeForce GTX 480, but one of the changes is the cooler that has a slightly revised design. Pictures have been published at a Chinese website showing the cooler in detail.

GeForce GTX 580 looks to get a cooler with the same base design as the current GTX 480. An aluminum frame cover more or less the entire graphics card and is backed up by a large aluminum heatsink with copper base and five big 6mm heatpipes, also made from copper. NVIDIA uses a similar layout to the GeForce GTX 480 where it also used five heatpipes, but then visible outside the cooler. 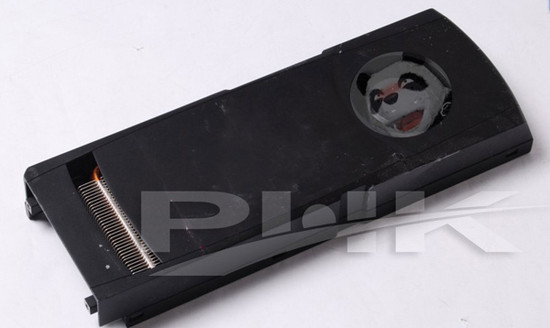 By the end of the aluminum frame we find a radial fan that such in air from inside and blows it out of the case.

If and how much NVIDIA has managed to improve the cooler from GeForce GTX 400 series remains to be seen, but it is pretty obvious that no major changes have been made. Exactly what kind of specification and clock frequencies hasn’t been entirely revealed yet, but performance is expected to be 15-20% higher than GeForce GTX 480. 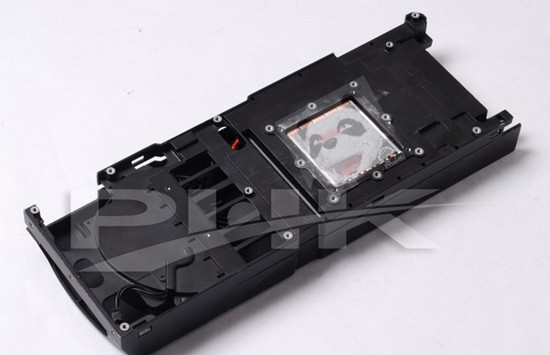