Gigabyte recently presented the SuperOverclocked version of GeForce GTX 680, and the biggest news is an odd cooling creation called WindForce 5X. More detailed pictures have now surfaced, which reveal more about the design of the big cooler.

WindForce 5X is a new graphics card cooler where Gigabyte has used no less than five seperate fans to remove the heat. Instead of less and larger fans, Gigabyte has used five smaller 40 millimeter fans. These are all found on the top side of the card sucking air through the gigantic heatsink. 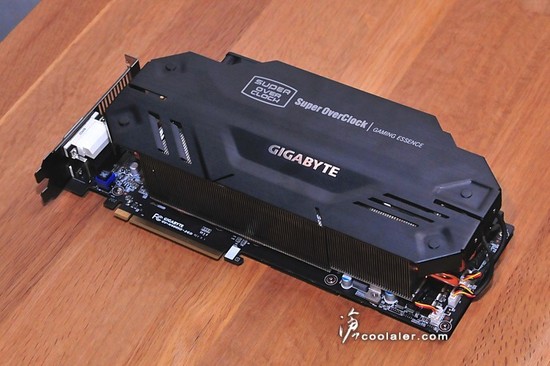 Even if we are still skeptical about the cooling capacity contra the noise with small fans Gigabyte has used an odd design to put all focus on the heatsink. Gigabyte GeForce GTX 680 SuperOverclock uses three expansion slots and almost the entire depth of the cooler is dedicated tot he aluminum heatsink and five 8mm copper heatpipes. Hese move the heat from the large copper base to keep GPU and memory temperatures at bay. 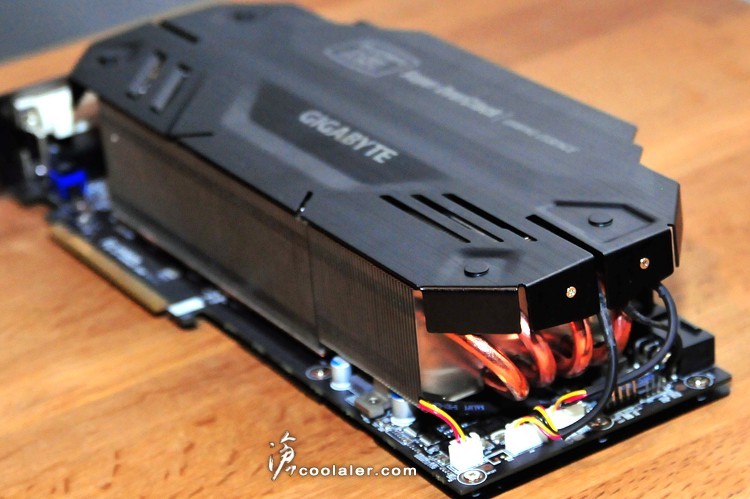 The design of the cooler is optimized for pulling heat from the card and not blowing it across the motherboard and other components. How this works in a closed case without side fans remains to be seen, but it is an interesting solution from Gigabyte that we look forward to testing.

The circuit board is also cutom made with a more powerful power supply sporting four NEC Tokin prodalizers on the back and an 8-pin and 6-pin power connector for supplying enough fuel when overclocking. 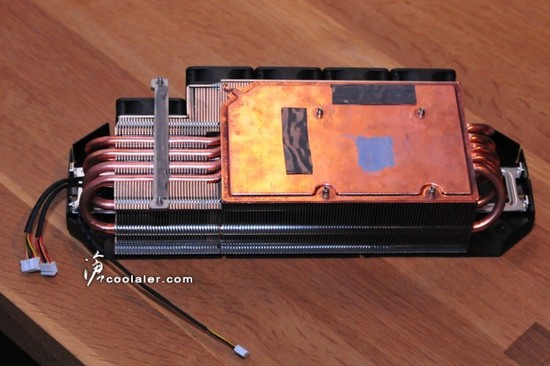 We still have no clue on clock frequencies, price or availability for Gigabyte GeForce GTX 680 SuperOverclock, but hopes to return shortly with more information.