﻿﻿﻿﻿Less than two weeks ago Intel launched the new Z68 chipset and the technology Intel Smart Respone that combined the harddrive with SSD for cache. Gigabyte has in an exclusive cooperation with Intel released a new motherboard called Z68XP-UD3-iSSD that ships with an extra small version of Larsen Creek.

Gigabyte started talking about shipping several of its motherboards with the mSATA standard that is intended for extra small SATA units and Gigabyte’s new Z68XP-UD3-iSSD has been bundled with Intel 311 SSD Larsen Creek, SSD at only 20 GB with SLC NAND flash. In our tests of Larsen Creek we discussed a path toward integrating the SSD that could be used for Intel Smart Response Technology and this solution is the second best thing. 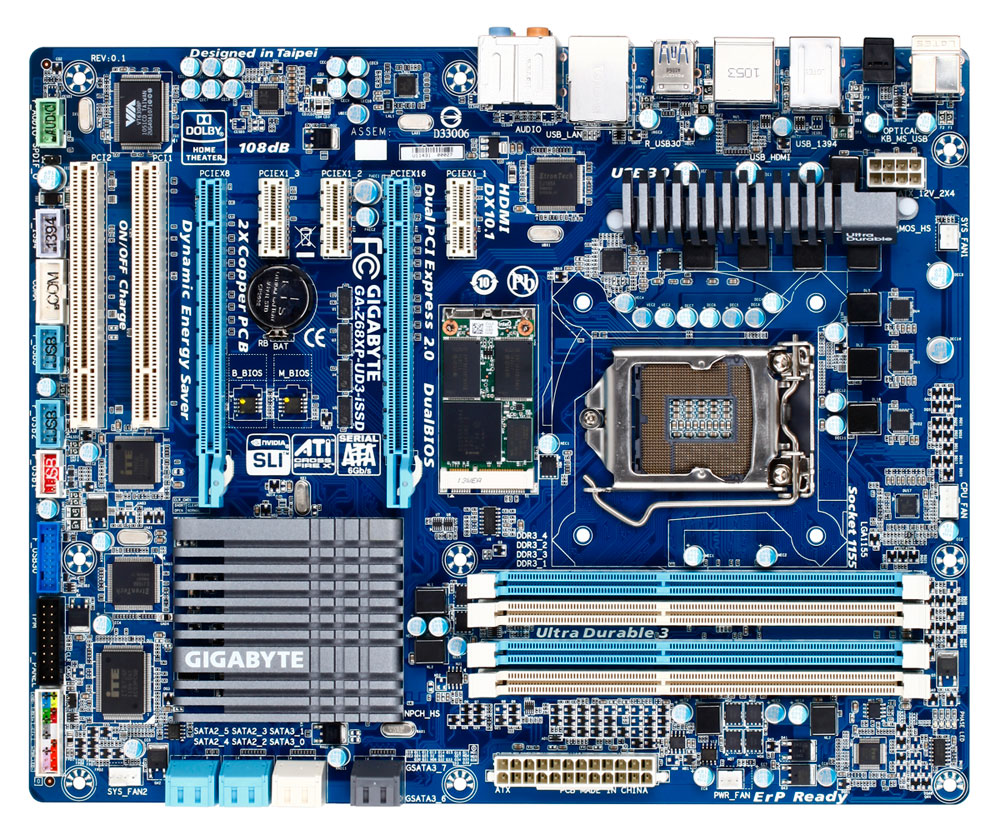 With its mSATA solution you get nearly exactly what they asked for, which was a small SSD integrated into the motherboard. Intel’s 311 SSD is not in the way of other units since it is installed just above the PCI-E x1 port and can be used without blocking the port.

Besides that the motherboard has two PCI-Express x16 ports that can be for SLI or Crossfire, three PCI-Express x1, two PCI, four SATA 3 Gb/s, two SATA 6 Gb/s, four USB 3.0 whereof two can be connected to the front of the case. On the back panel we find the regular outputs, which include USB 2.0 ports, one PS/2 port, eSATA, 7.1 channel audio, Ethernet output and HDMI. HDMI is the only video output available with this Z68 motherboard.

There is no price for the board today, but it will be cheaper than buying an Intel 311 SSD Larsen Creek 20GB and motherboard separately. The board will ship next week and be in stores shortly afterwards.