One of the major problem we have in the developed world today is that batteries run out faster and faster in our mobile units. As all other technology is speeding ahead, batteries has not improved at the same rate, seen to capacity and charge times.

Scientists at UCLA have developed an ultracapacitors with the right properties. The ultracapacitor has the same capacity as modern batteries, but can both charge and discharge up to 1000 times faster. This means that in theory we could charge a smartphone, a tablet or a computer in less than a minute. Another great possibility is to use the technology in battery powered cars, which currently needs to charge for very long times. Faster discharge would also mean more energy is accessible when actually needed.

The technology has used a regular laser that is also used with LightScribe DVD readers. What they did was to cover a DVD with graphite oxides and let the laser move over the disc to create graphite electrodes. its ultracapatictors has also faired well in regular stress tests, with basically no performance loss. That such simple technology can be used to produce an ultracapacitor speaks in favor of it not being too expensive for retail and mass production. 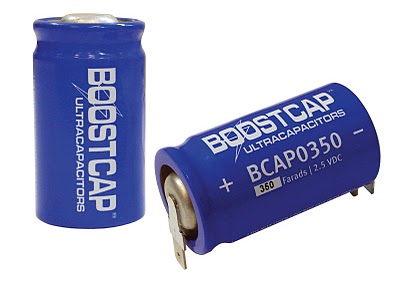 There is no talk about when the new ultracapacitor will show up in home electronics, but this time it actually sounds fairly plausible it will make it eventually. We should add that ultracapacitors are used in commerical products today, even if they are scarse.