H70 is the second generation water cooler for processors from Corsair. Together with Asetek they developed the popular Corsair H50 which now gets a bigger brother, H70. The cooler builds on the same base technology, but it is still better in every way.

Corsair H70 uses a closed design, which means that the cooler is installed as a single unit. The water block, pump, radiator and cooling medium is sealed and maintenance free, which makes it as easy to maintain as a regular air cooler.

Corsair points out that the new model has a radiator designed for 120mm fläktar, which in theory limits performance but also ensures maximal compatibility with most computer cases. 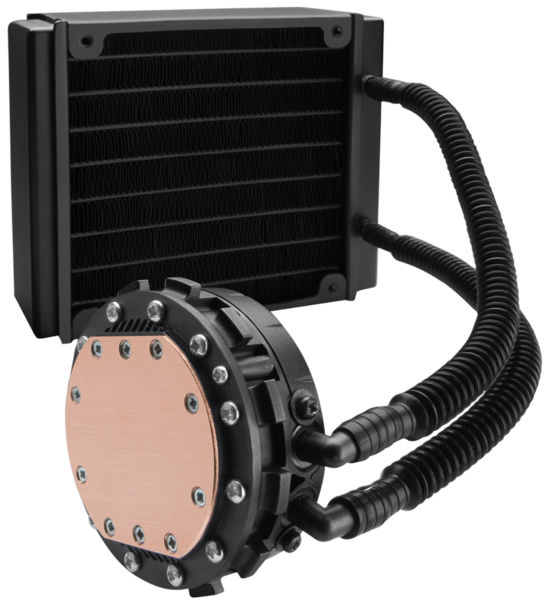 Despite the similar format Corsair has improved cooling capacity quite a bit since the last model. The radiator is twice as thick, 50mm vs. 25mm, which results in a much larger cooling surface, and it ships with two 120mm fans from factory. The fans are the same used by air cooler Corsair A70 and runs at either 1,600 RPM or 2,000 RPM.

Corsair has also revised the pump and the acutual water block has a new low profile design with improved efficiency. According to Corsair’s own tests the difference between Corsair H50 and Corsair H70, while cooling an Intel Core i7 920 CPU overclocked to 3,8 GHz, at 1,34V, on a Rampage III Extreme, is 13,3 degrees Celsius (71,7 C vs. 85 °C). It should be mentioned that H50 used only one fan, while H70 used the default two fans. 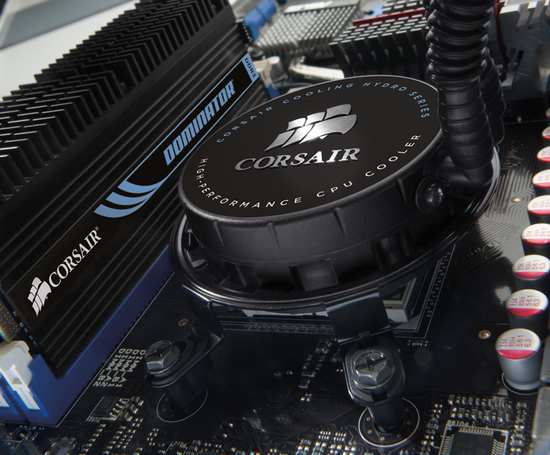 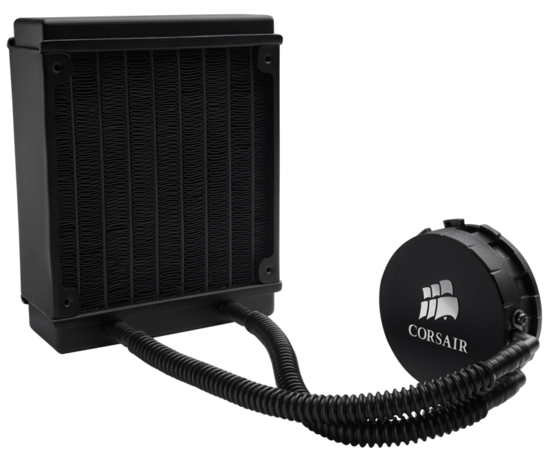