Sandy Bridge-E looks a bit like a test platform for Intel, since it will be the first in retail packaging tht will ship without cooler. Instead Intel will offer a selection in stores, or you will have to get a third-party choice. Intel DBX-B is already available from several stores. 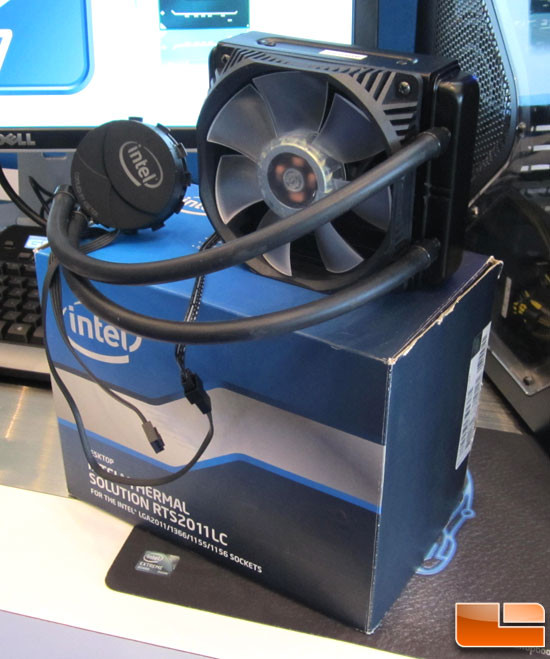 Intel Thermal Solution RTS2011LC, product code BXRTS2011LC, will be the first water cooling from Intel, but made by Asetek. Asetek is widely known for making OEM water cooling solutions like the Corsair H series. On the whole, Intel has the design and concept, while Asetek manufactures the product.

Here the system is installed on a X79 motherboard with socket LGA2011 and it has used blue LEDs for the water cooling. Intel tells LegitReviews that there is no way to turn off the LEDs, so those who hate LEDs should look elsewhere. The cooler will not only work with LGA2011 but is also compatible with LGA1366, LGA1156 and LGA1155.

Asetek has become a giant in water cooling, and with a partner like Intel it should not take long before its solutions will become commodities. Intel’s water cooling will start shipping to distributors with the launch of Sandy Bridge-E and will cost 70-90€.