Intel is really getting into the ultra-efficient market, where it will compete with the flowering ARM platform. During IDF 2011 Intel showing some of its current concept designs that it calls ”Near Threshold Voltage processor”. A CPU that is powered with the least possible voltage and can be powered by a solar cell the size of a stamp.

Intel tries with its Near Threshold Voltage (NTV) project to create circuits that is powered with the least possibnle voltage where transistors are still reliable of switcing between ON and OFF (or 0 and 1). The rechnology forces the transistors to work at the limit of their capacity where too little voltage will make it too hard to determine an OFF mode. By finding the absolute treshold for the transistors where they still have enough voltage to operate satisfactory Intel has lowered energy consumption to as little as 10 milliwatt at low loads.

Intel demonstrated this by powering a Pentium-grade processor with a solar cell the size of a stamp, but also during high load the energy consumption is many times lower than current processors. A NTV processoris powered with 400-500 millivolt, compared to retail processors that usually run on ~1 volt. Intel says it can achieve 5 times as high energy efficiency with this NTV technology.

The chip the ressearch was done on will not become an actial product, but the result is remarkable. The hope is that this will lead to scalable power circuits that will operate near the treshold to be integrated into a wide spectrum of future products. It reduces energy consumption up to five times and prolong the capacity to always be turned on. Technology of this kind can help Intel Labs to achieve its goal; to reduce energy consumption hundred or thousand fold from applications that handle massive data loads to ”terascale-in-a-pocket”. 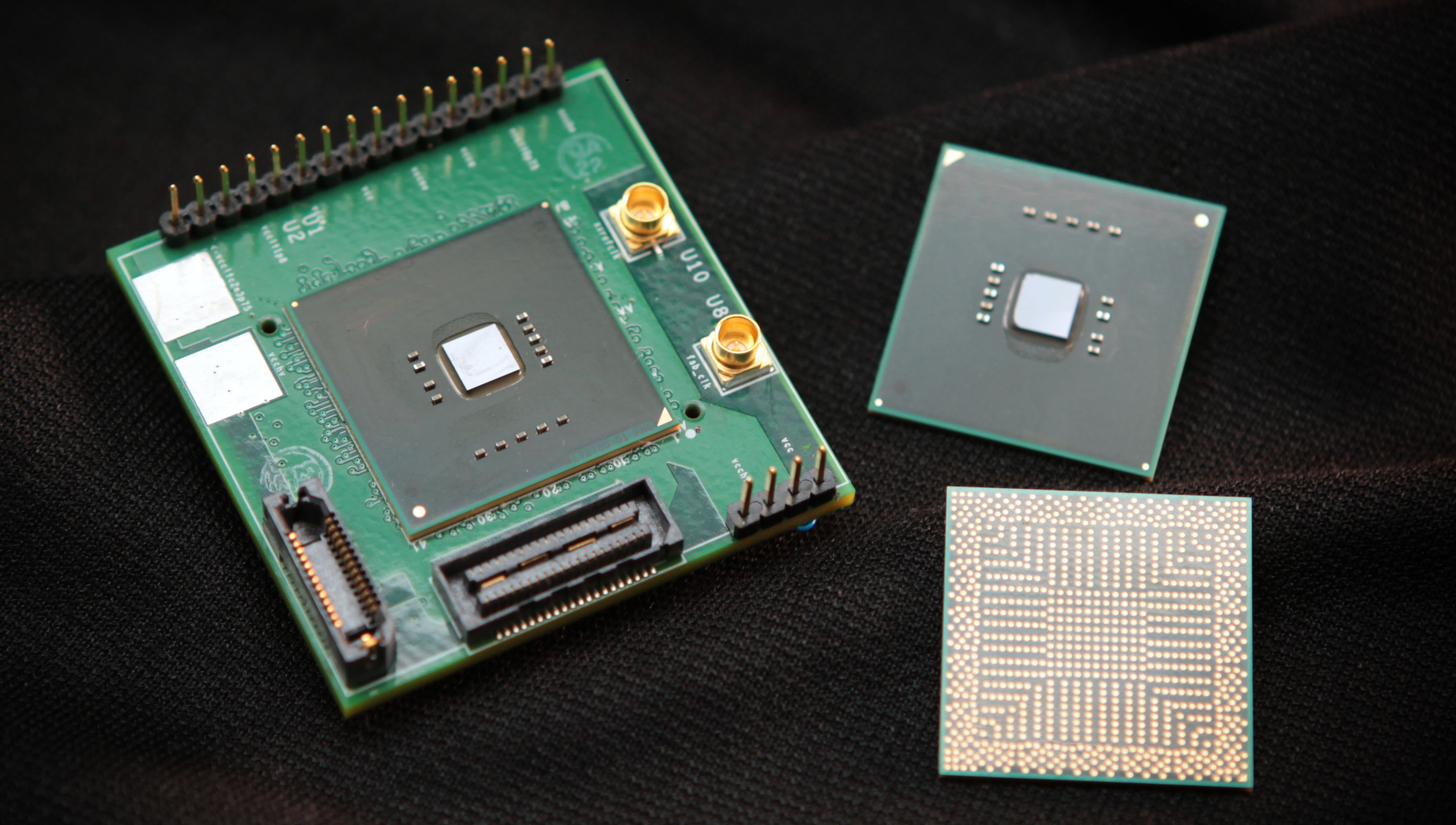 Intel expects that its new Tri-gate transistors and 22 nanometer technology can push energy consumption substantially, but we look forward to hearing more of the Near Threshold Voltage technology, perhaps then paired with a more updated processor architecture.

At the same time Intel discussed the new and super efficient memory technology Hybrid Memory Cube we discussed earlier. Here it will offer 7-fold higher energy efficiency than current DDR3 memory. At the same time the technology with stacked memory chips results in the highest data speed we have encountered in a single DRAM unit.