Ivy Bridge is Intel’s coming architecture based on Sandy Bridge and shrunk from 32nm to 22nm, and offers more than twice the transistor density and lower energy consumption. We will also see a tuned graphics processor with DirectX 11, OpenCL 1.1 and what looks like support for even higher memory frequencies and the return of BCLK overclocking?

New information has surfaced that speak of Ivy Bridge having support for sky-high memory frequencies. Ivy Bridge will get official support for DDR3-2133, while several companies will offer modules at up to DDR3-3000 – that is 3000 MHz. Sandy Bridge currently only supports DDR3-1333 by Inte, but can almost always run DDR3-2133. The reason Intel raised the bar with Ivy Bridge is that JEDECnow has a standard for DDR3-2133, something that didn’t show up until very late in the Sandy Bridge development. 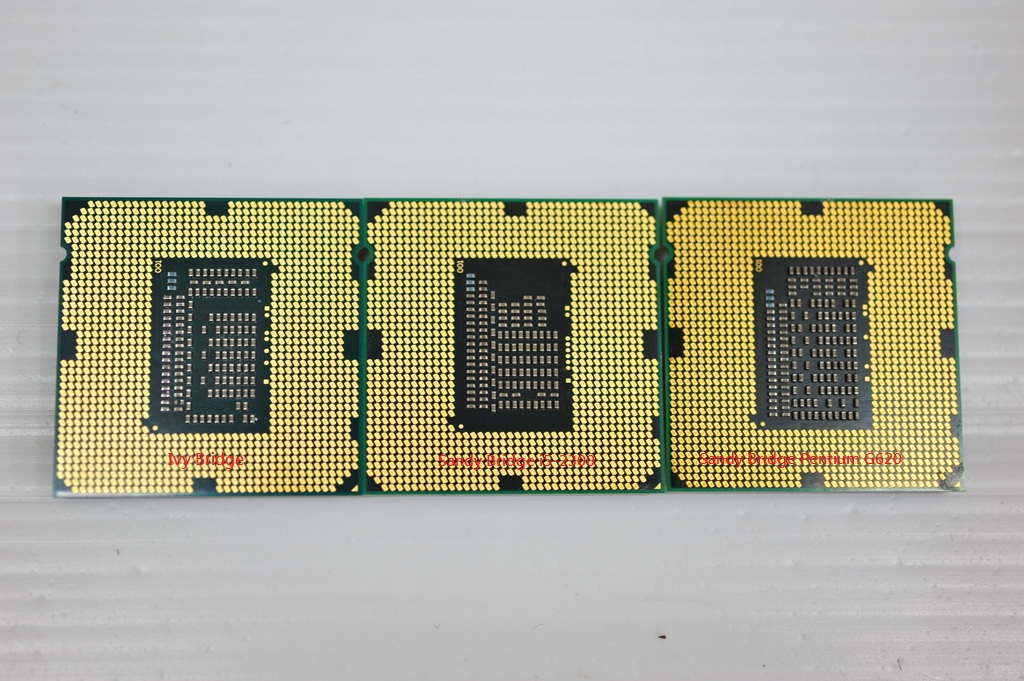 Sandy Bridge and Ivy Bridge works in the same socket

Something else that might raise the mood of many is that BCLK overclocking returns with Ivy Bridge, although in a limited version. Sandy Bridge currently supports overclocking at around ~5% of BCLK, since it also supplies the frequency to other important parts of the system like USB and SATA .

With Ivy Bridge the problem is not completely out of the way, but there are some hopes to BCLK overclocking working without interfering with the above. BCLK will like Sandy Bridge work at up to ~5%, but in steps [illustrative and ficticious numbers] 50 MHz, 66 MHz, 100 MHz, 133 MHz, 150 MHz BCLK, or base clock. Probably the processor will change divider at these steps to get the remainding components to work correctly . BCLK overclocking will still be limited, but possible unlike today.

Demonstration of Ivy Bridge in three different shapes back in May

Besides that Ivy Bridge willl bring more powerful graphics that is said to sport 16 cores against Sandy Bridge’s 12. It will also support DirectX 11 and OpenCL 1.1, which means that also Intel will embrace GPGPU even if the focus is on making the x86 processors more powerful. It is also with Ivy Bridge that Intel hopes to make the new Ultrabook concept truly popular.

These are numbers we cannot confirm, but it is once again possible to overclock with BCLK it should lighten the mood of those who are aiming for the cheaper models and want to overclock. Today they have to choose between 2600K and 2500K if they want to overclock, and while 2500K ”only” costs 170€ it is still out of reach for many.