GeForce GTX 580 is like an early Christmas present for enthusiasts and overclockers, something our ol’ overclocking expert Henry ”ME4ME” de Kruijf has shown, and then some, in the Swedish forum. Even though availability is poor Henry has gotten his hands on one of the few Zotac GeForce GTX 580 cards that has landed in stores and already started overclocking.

In the forum Henry published pictures and the first benchmarks starring his Zotac GeForce GTX 580 and what started with just air cooling is moving into more extreme territory soon. Henry has with a voltage of 1.13V reached a nice GPU clock frequency of 960 MHz – with the reference cooler – which can be compared to our earlier attempts that were not nearly as exiciting, where we landed at 870 MHz GPU even though a voltage of 1.15V. 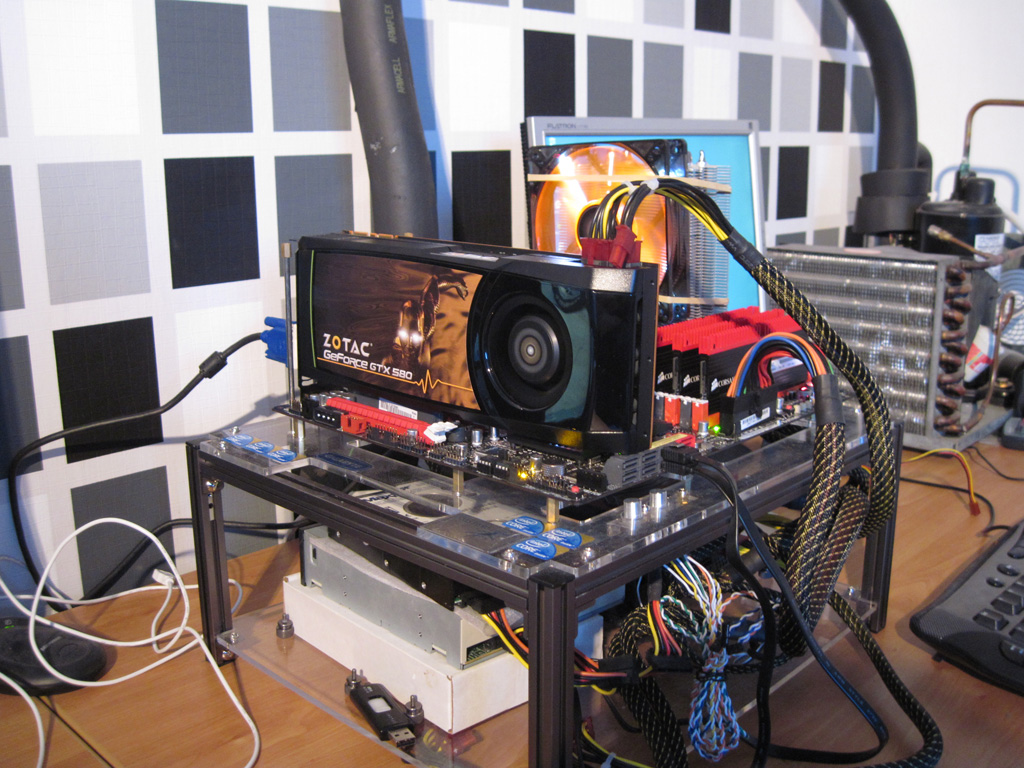 Thanks to a really nice graphics card overclock and an Intel Core i7 980X CPU overclocked to 4.36 GHz Henry reached a 3DMark Performance score of 32,074 with the followign system;

More information on Henry’s overclocking of GeForce GTX 580 can be found in the Swedish forum, as usual you can expect more later in the weekend. Apparently 40 liter liquid nitrogen is standing ready and waiting for something to happen. Eventually there will be a NHOC report and some more points for the HWbot team.