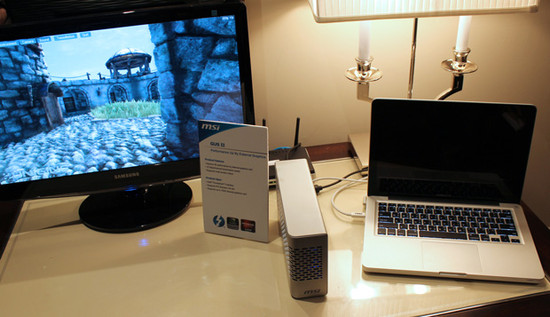 External graphics cards have always failed for various, but almost always one specific reason. The solutions have used proprietary interfaces that few have wanted to adopt. MSI with its GUS II will use Thunderbolt, that is expected to be widely available with Ultrabooks sporting Ivy Bridge processors, but also regular notebooks. Since Thunderbolt is currently not available with any other computers than Apple Macbooks, MSI had to do the demo with a MacBook Pro running Windows.

TechReport reports that MSI rendered Unigine Heaven in realtime on an external monitor and that it seemed to work just fine. 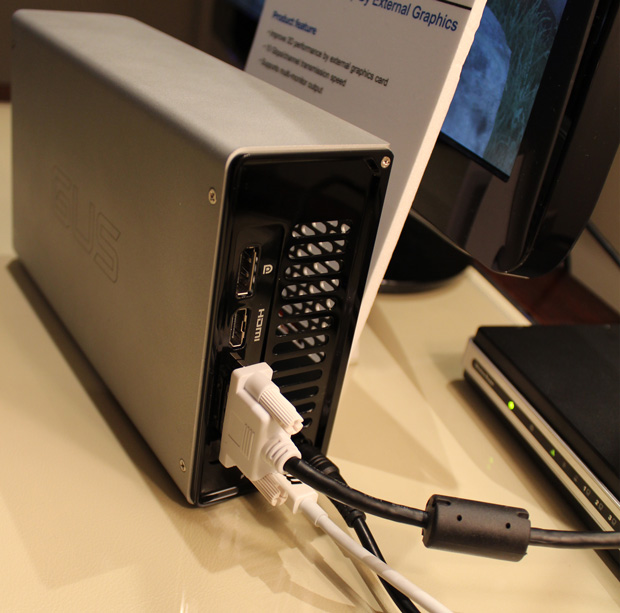 MSI GUS II can deliver the same bandwidth as PCI Express 2.0 x16 through Thunderbolt, and supports graphics cards up to 150W. This means graphics cards like Radeon HD 6850 or GeForce GTX 550 Ti with a 6-pin PCI Express connector should work. Not to forget the new and more efficient cards from AMD and NVIDIA that should arrive in just weeks.

MSI says it showed a prototype, but that the final retail version will look the same. MSI could neither discuss launch date nor price, but the launch should be alongside computers sporting Thunderbolt and Intel Ivy Bridge.