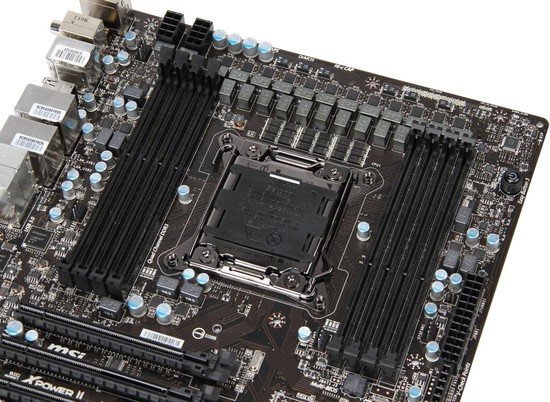 MSI has officially launched its enthusiast motherboard for Intel’s Sandy Bridge-E processors and Socket 2011. MSI Big Bang-XPower II have appeared on pictures and will beside bundled shells bring durable components and overclocking features.

MSI Big Bang-XPower II is based on Intel’s new X79 chipset with LGA 2011 socket suporting the latest processors of the Sandy Bridge-E family, including the flagship Core i7-3960X.

MSI has really stretched its legs here and promises nothing but high quality components such as Military Class III certified DrMOS II, Super Ferrite Choke and Solid CAP. This will result in better stability and overclocking potential according to MSI. The latter is something MSI has worked hard on together with Swedish overclocker Jon ”elmor” Sandström during the development of the new board. The motherboard has, beside a big power supply for the processor, also a dedicated power circuit for the graphics cards. It not only supports PCI Express 3.0 but also 4-way SLI and CrossFireX. You can also turn off and on the four different PCI Express x16 slots for easier troubleshooting. As expected there also levers for overclocking and reseting the UEFI BIOS, which the card has three to be exact. The cooling for the chipset and power circuits consist of a gatling gun and a bunch of shells, connected with heatpipes to make fans obsolete. 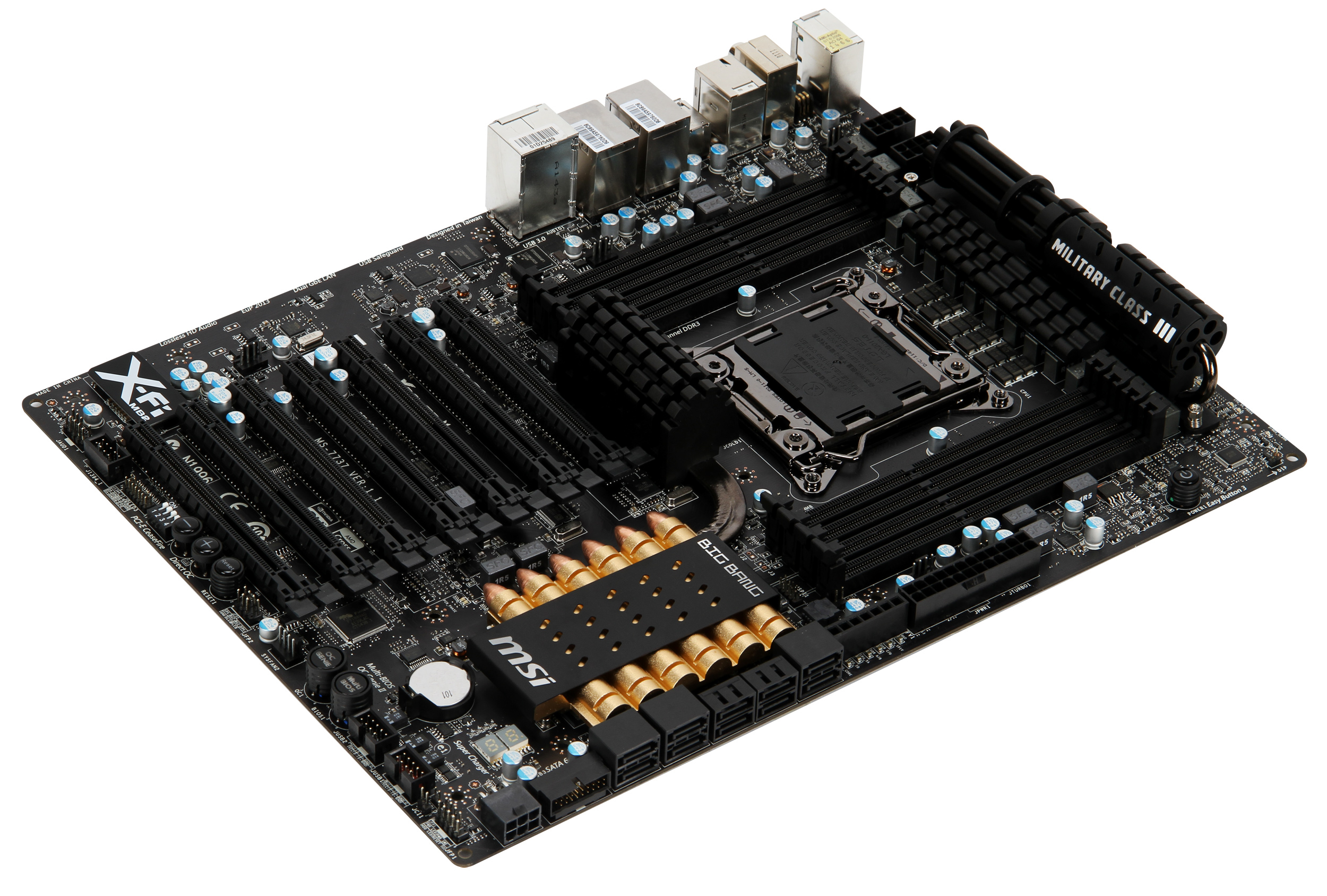 MSI supports up to eight DDR3 memory slots at speeds up to 2400 MHz with the right modules and up to 128GB memory in total. Other features include six USB 3.0 ports, four SATA 6.0 Gbps ports, dual Gigabit Ethernet network circuits and a Sound Blaster X-Fi MB2 sound processor.

MSI Big Bang-Xpower II will in stores in about a week and cost around 400€. 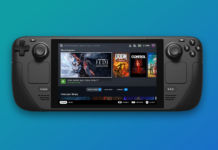