The market for mechanical gaming keyboards is attracting actors that are normally not connected to these products, including component maker MSI. The company has presented the new CK series with a simple, stylish layout and the backlit GK-601 for hardcore users.

MSI is not the first to expand a lineup that mainly consisted of internal components and notebooks to also include gaming accessories and not the least mechanical keyboards. Another example of this is Gigabyte that launched the Aivia Osmium keyboard last year. 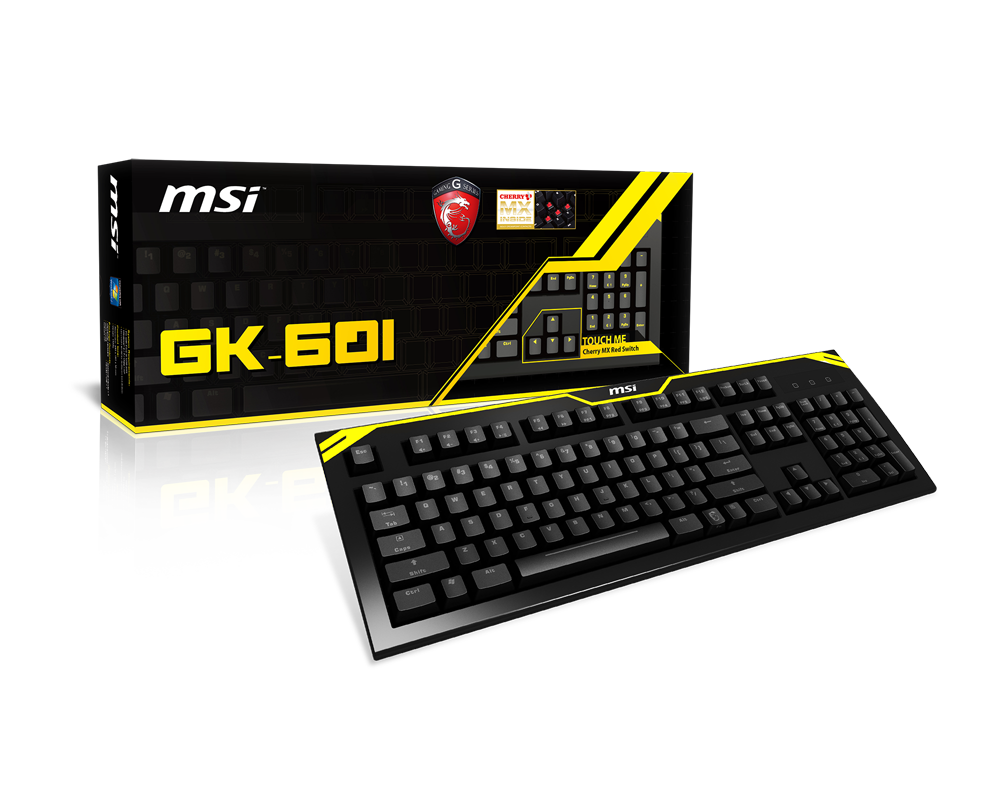 MSI’s retort is the flagship GK-601, with a simple black and yellow design. All keys use Cherry MX Red breakers with linear resistance and 45 gram of force, and are backlit with yellow quad-step diodes. The keys in of the WASD cluster can be swapped for yellow, rubberized versions with increased friction. There is also an integrated USB hub with two ports and passthrough for audio in the form of two 3.5mm plugs. MSI emphasizes that all breakers and connections are plated with 18 Karat gold.

Using a function key users can jump between macro profiles and activate macros and media functions, and deactivate the Windows key. The keyboard has 128 KB integrated memory for storing macros, which can be programmed using the bundled software. There is also support for full N-key rollover over USB. Judging from the overall layout, ports and software MSI looks to use an OEM design by Ione, more precise the same used in Qpad MK-85 and Tesoro Durandal Ultimate G1NL. This has not been confirmed by MSI. 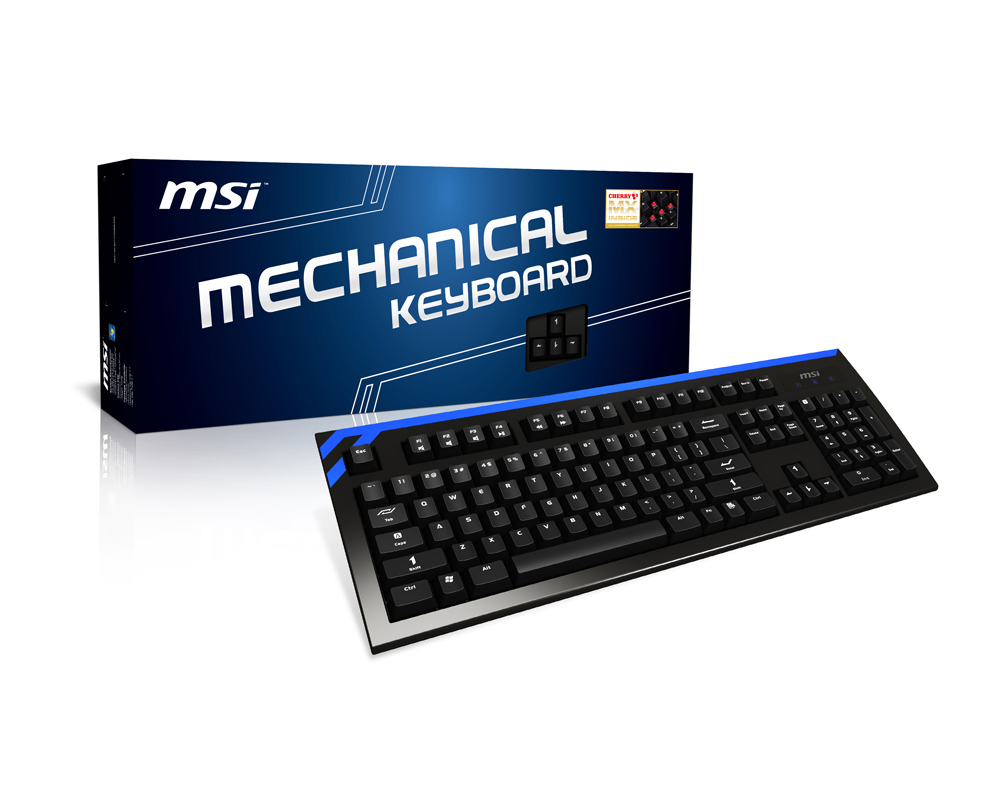 Beside GK-601, MSI has presented the CK Series, which currently only consists of a Cherry MX Red-based model with no name. MSI has gone for a more Spartan design in black and blue, and no backlighting, macros or software. There is some media functionality through a function key. The CK series has full N-key rollover over PS/2, but using the bundled USB adapter there is a maximum of 6 simultaneous key presses at the same time.

There is no information on price or availability for any of the models, but this should surface in the coming weeks.