The MOA final 2011 is over, and like the EMEA final earlier this year Romania was victorious, Monstru and Matose from Team Lab501. The runnerup was Greece and third Sweden with ME4ME and elmor. It was unusally tight and surprisingly few failures with 15 of 16 teams posting scores in all three benchmarks, while the four first teams (almost as always) was European, where Japan claimed the fifth spot. Ann-Sofie ”Mink” Lönnqvist has co-written this report as our bystander for the competition. 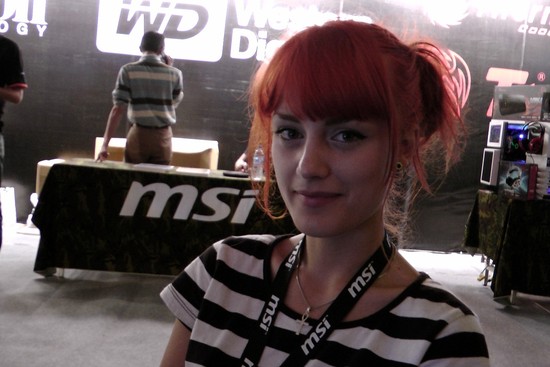 The last event of the MOA final has started and in three ours we will know who the king of the hill will be, the rulers of hardware, masters of overclocking. It is now everything will come together. Almost anything can happen.

Me and Jonas was just out interviewing a couple of teams and we can conclude that most have an optimistic outlook. Thailand who won the first event was last for long, but after 40 minutes in 3DMark 2001 climbed back up to 6th place, while ME4ME and elmor has lost ground and been unable to post a score so far, which puts them 8th. There is still time, we are keeping our fingers crossed and hope Sweden will claim first place again.

We can also add that one of the american teams, Team Pure, is now an American tragedy. They are out after torching their motherboard. Ouch!

When an hour of the competition remains the top 5 are unchanged, except Germany (BenchBros) has marched up to 5th place and moved New Zeeland down a peg. At the moment not much is happening, but the clock is ticking fast and only 20 minutes remains and the Romanians are on top of their game. They are still in a clear lead, followed by Greece and then Sweden, which will have a hard time repeating last year’s victory.

Something that is a bit admirable is that CroatiaMontenegro (team HW GURU) has managed to get 127,000p from 3DMark 2001 SE on only air cooling for the graphics card. It is impressive, but the placement on the scoreboard is still 13th- Better luck next time.

elmor and ME4ME are disappointed as they were hoping to claim another title and become three-fold winners of MOA. Next up is the awards and dinner. 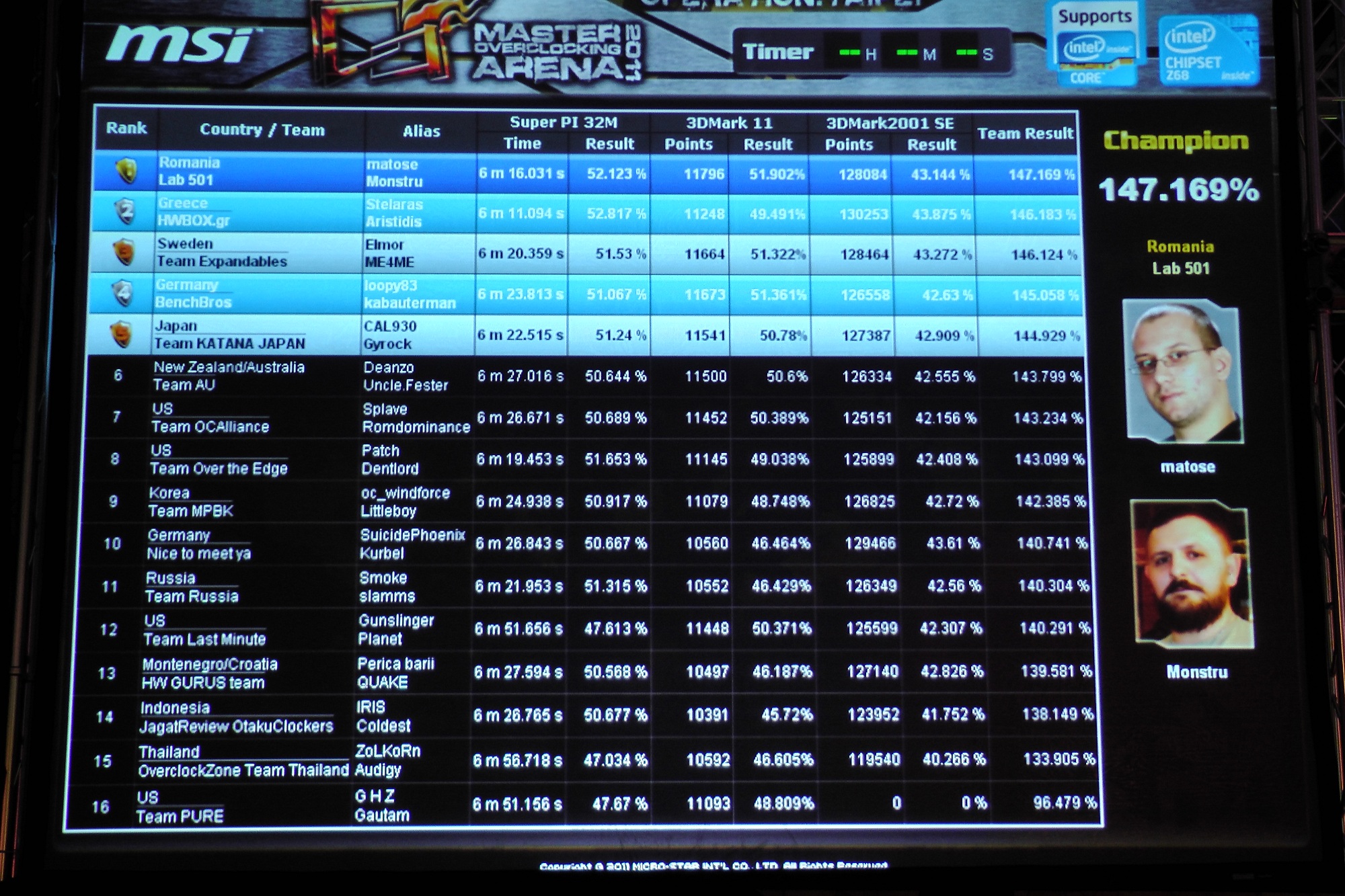 The result after SuperPI and 3DMark 11.

We would to thank you for reading and can tell you that we have started to process eight hours of video footage from MOA 2011 and merge into a NH-TV video for you to watch later on (most likely it will be in Swedish though.)