GeForce GTX 580 is starting to look like a real threat to AMD and its coming flagship Radeon HD 6970. After NVIDIA ”accidentally” published the name of the new graphics card on its website we now have pictures of what is said to be a reference card of NVIDIA GeForce GTX 580.

The pictures was published at Chinese Pcinlife.com and shows a graphics card in the regular reference suit reminding a lot of the current flagship GeForce GTX 480. The pictures shows an identical setup of video outputs and the length is similar, even it is hard to say exactly without seeing the card naker.

The major difference is the cooler that is full cover with a radial fan at the back, while it does look quite different from GeForce GTX 480. The cooler lacks the metal plate at the front and has no visible heatpipies. On the whole the cooler is more the one used by the Tesla version of GeForce Fermi, though not identical and a centimeter or so longer. 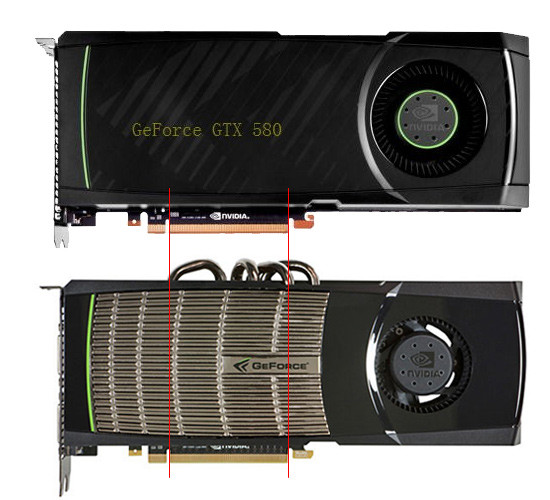 GeForce GTX 580 is said to be based on a new GF110 GPU sporting 512 CUDA cores and additional optimiations for 15-20% better performance compared to GF100 and GeForce GTX 480, without any changes to power consumption and heat development.

If these pictures are genuine we can’t say for certain, but if so, NVIDIA looks to bet on internal changes since the card looks pretty much the same otherwise. 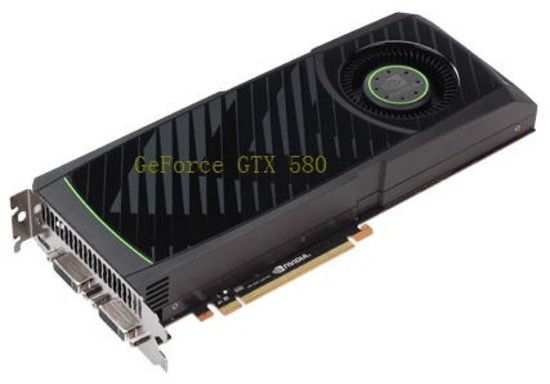