NVIDIA 3D Vision Surround was intended to be one of the highlights of the GTX 400 series earlier this year, but the technology that allows your graphics card to activate 3D effects over three joint monitors was delayed, but is finally here.

The NVIDIA GeForce 258.69 drivers is an official beta driver that include full support for 3D Vision Surround for those with at least two GeForce GTX 400 series graphics cards.

With three 3D-compatible monitors you can build up to an unforgettable gaming experience, if we are to believe the company. Both AMD and NVIDIA have announced support for three monitors, but NVIDIA is the only one to have 3D over all three. Though you can achieve this with AMD’s graphics cards with the right monitors.

The drawbacks are the usual with stereoscopic 3D. You need active shutter glasses and users with sight problems may not get it to work at all. Other than that NVIDIA’s solution requires 120 Hz monitors, two GeForce GTX 400 graphics cards and one NVIDIA 3D Vision kit for around $150, but those who can afford are in for a thrilling ride. 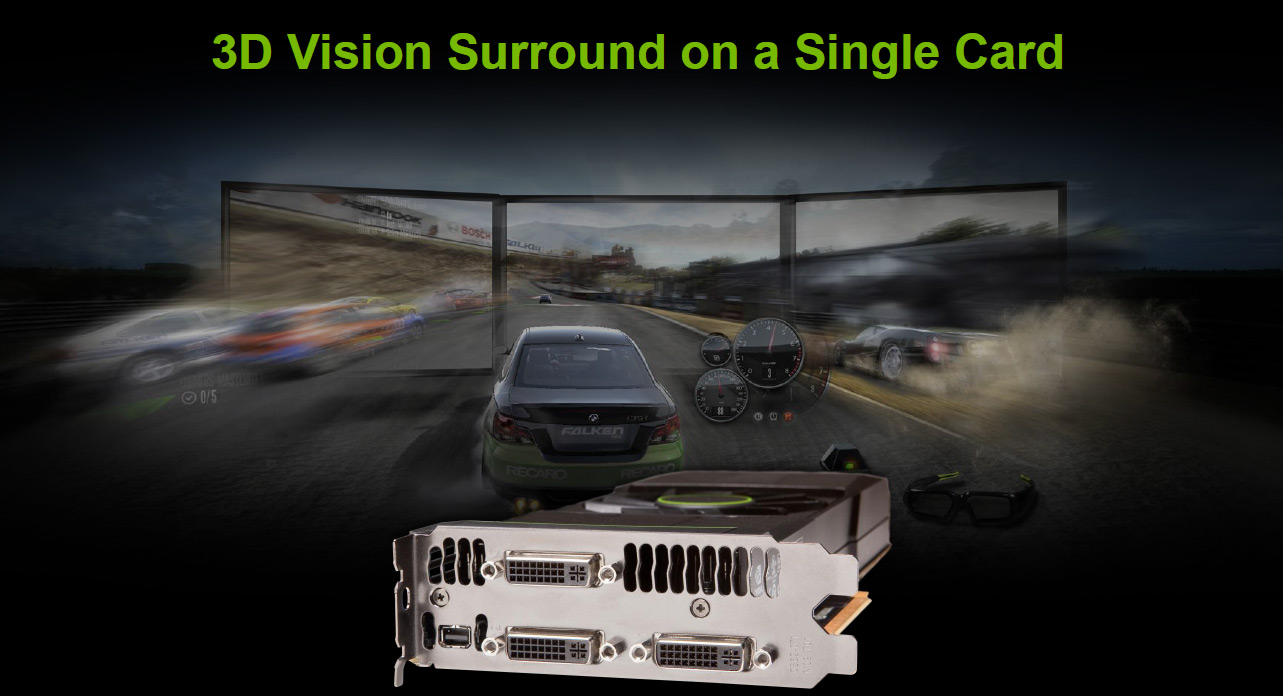