Hem Nyheter Origin Genesis – Core i7 980X at 4.3GHz from factory
Origin is one of those PC builders that target the really high-end users with unlimited resources. The company has many heavy systems to show and it was fast to adopt Intel’s new hexa-core CPU, Core i7 980X. Origin Genesis can now be had with Intel’s six-shooter and for those who think the stock frequency of 3.3GHz is a bit weak can get the CPU overclocked to 4.3GHz by Origin.

This is possible thanks to the water cooling kit delivered by Koolance. The water cooling and overclocking costs nearly $450 extra, but relatively speaking its just scraps. 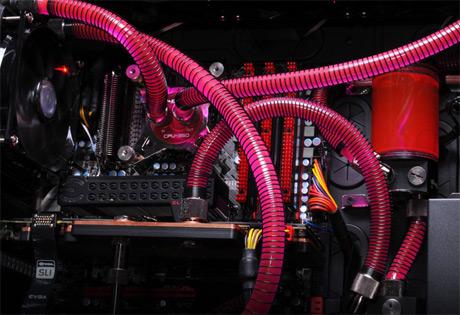 Origin Genisis can be be paired with everything from 12GB 2000MHz DDR3 memory to three graphics cards and numerous choices of storage and other cool accessories. Prices start at $3,000 (For the Core i7 980X system) and peaks somewhere at the end of your imagination. 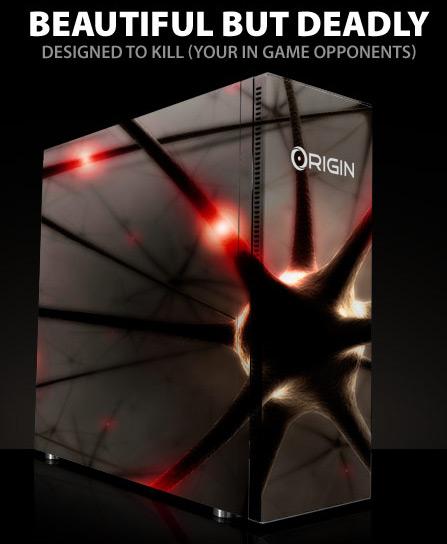