Scythe continues to ship heat sinks to the ever-hungry computer market. The manufacturer revealed in a press release that it has developed a successor to its series of fans called Kaze Maru. The new series is called Slip Stream 140 and just like its predecessor, the new series focuses on optimal noise levels using PWM based fans.

The series is equipped with larger blades and a smaller centre hub than most other 140mm fans, this is supposed to increase airflow with no increase in noise levels. At the same time, the fans use the same mounting holes as its 120mm relatives to improve compatibility.

Pricing is expected to be somewhere around $12. 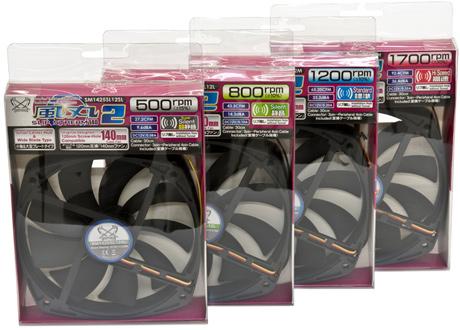