Sol - a notebook with solar panels and Linux

Hem Nyheter Sol – a notebook with solar panels and Linux

Canadian IT company Wewi Telecommunications wants to launch a notebooks with a sturdy case and solar panels with many different uses, called Sol. The laptop ships with Linux and according to Wewi the computer will never need to be plugged in.

Electronics powered by solar panels have been promised before, with varied success. Samsung announced a netbook with solar cells on the back of the lid back in 2011, but as the netbook category fell into despair this model was quickly forgotten. Another example is a series of keyboard from Logitech that uses solar cells to get away from charging – but a whole computer?

Wewi Telecommunications, an IT and telecom company located in Canada, wants to introduce a notebook called Sol. The idea with Sol is that it can be used by several types of users, including nature explorers, travelers, or people that live in areas with limited infrastructure. The focus is therefore not on maximal performance, but instead on durability, price and usability.

Sol uses a military design not unlike Fujitsu’s Toughbook series, and sports a 13.3″ screen. On the back of the lid sits a solar panel that folds out and maximizes the sun intake depending on the angle of the screen. The computer runs Linux, and according to Wewi the panels will charge the computer for 8 to 10 hours of use. You can install other operating systems, like Windows, but Wewi points out that the computer will work best with the stock software.

To keep the price reasonable the specifications are somewhat held back. A dual-core Intel Atom D2500 is the heart of the system paired with a GMA3600 GPU and up to 4 gigabyte DDR3 memory. The screen has a resolution of 1366 x 768 pixels. Not much to brag about for an enthusiast, but then again it is not intended for heavy gaming. 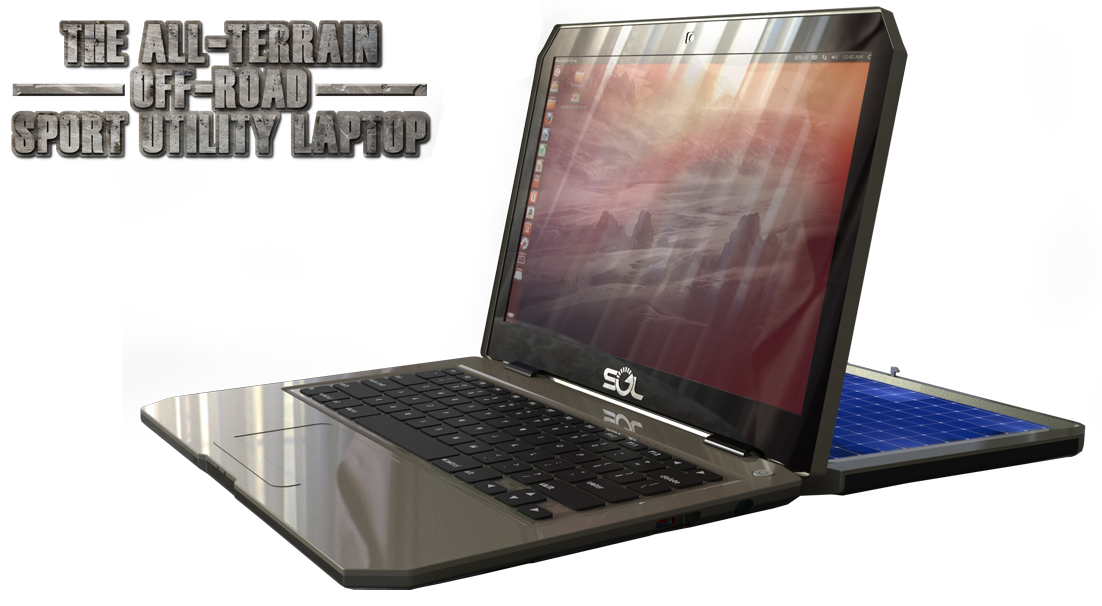 Connectivity wise it has three USB 2.0 ports, a memory card reader, HDMI output, 100 megabit networking, bluetooth and wireless network. Sol can also be configured with 3G, LTE or satellite. Several different colors will be available, and a water-proof version.

Wewi is currently setting up the website for the product, and it should be completed sometime in the coming month. While the computer has not yet been launched the company has posted preliminary prices, 350 dollar for the stock version and 450 dollar for the water-proof version – with variations depending on the specifications. 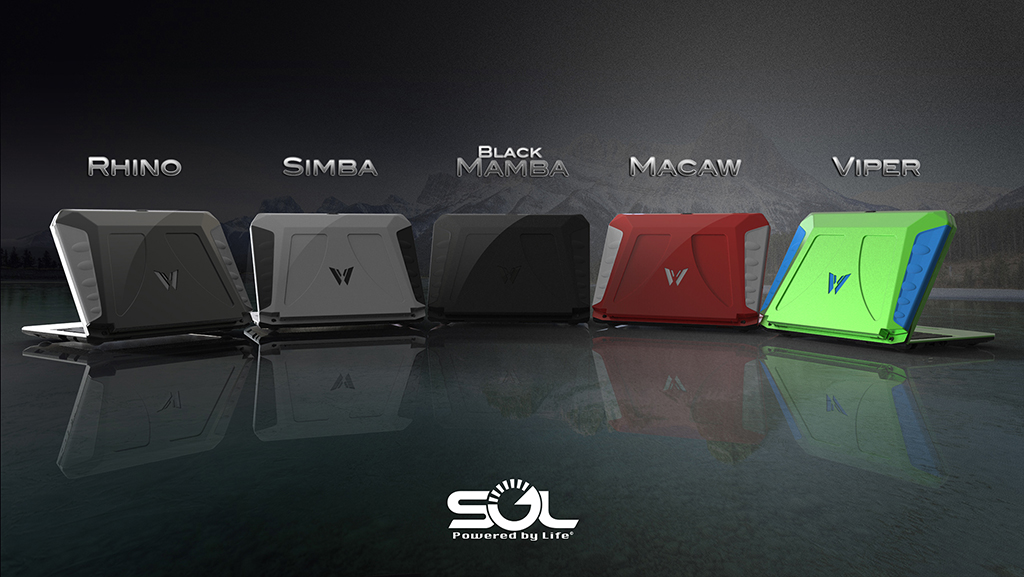 The manufacturer says the goal is not to profit, but the project is more of a humanitarian kind, and in the future it will be possible to pay the computer as a donation to someone else. This kind of product of course raise suspicions of vaporware, products that sounds immensely promising and lures investors, but in the end never reach the market.