OCZ Technology was first of the high-profile SSD makers to team up with SSD processor maker SandForce. Following OCZ several companies have joined forces, among others A-DATA. Now that OCZ launches a new SSD there are rumors that this is the first SandForce SSD. OCZ Vertex LE has appeared in price lists with a launch on February 5th and prices starting at 339 euro for 100GB.

Vertex Limited Edition hasn’t appeared on any (leaked) roadmaps from OCZ and the company has chosen not to comment on whether it is a SandForce-based SSD. It was reluctant to offer details, but did say that the controller was ”OCZ branded”.

The first SandForce drives was not expected to appear until March in the form of Vertex 2, but if the information on online stores around Europe is correct we should see the new SandForce technology in a week already. 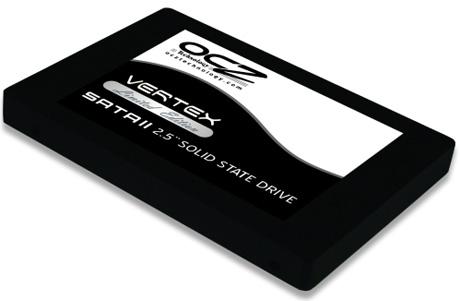 The numbers do look impressive and they are higher than what Indilinx Barefoot can do. No matter the manufacturer behind the controller Vertex LE looks like a very pleasant acquaintance.