Taiwanese graphics card maker Yeston has presented a new and interesting solution using AMD’s mid-range GPU Juniper. The company has installed two Radeon HD 5770 circuits and fitted them to the same circuit board together with 2GB GDDR5 memory. They call the card, simply Radeon HD 5770 X2.

Yeston has managed to build a surprisingly compact PCB where the two graphics circuits shares the surface friendly. On the back we find the third chip, a PLX bridge chip that divide the PCI Express bandwidth over the two graphics circuits. Yeston has chosen to keep the circuits at stock frequency of 850 MHz, which is still impressive considering the size of the card.

The memory circuits are 16 all in all and can be found on both sides. Each GPU has its own 1GB buffer and the GDDR5 memory operate at 4800 MHz. To keep both graphics circuits and memory chips happy the card has a 4+1 phase power supply. The cooling is handled by a large heatsink and two 90mm fans. The video outputs consist of dual DVI, one HDMI and DisplayPort.

Like other products from Yeston, Radeon HD 5770 X2 will most likely not make it to Europe any day soon, but innovative solutions on the component makret is always interesting. We wouldn’t mind seeing a similar solution with AMD Barts and Radeon HD 6000 launching next week. 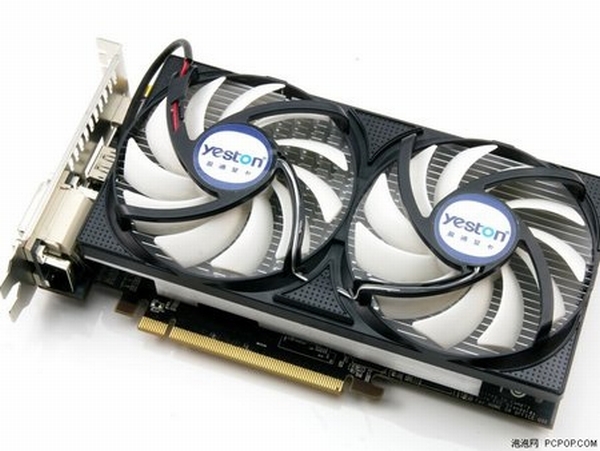 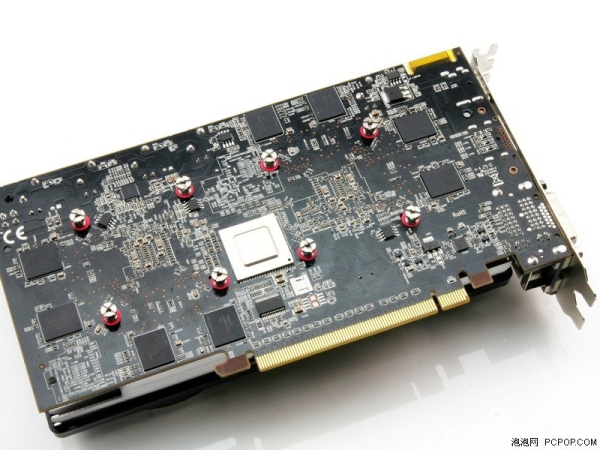