GeForce GTX 460 looks like the dream for innovative graphics card makers and NVIDIA has really outdone itself with the popula mid-range card. Expreview has taken a closer look at an extreme model from Zotac where a bigger PCB has been paired with a giant 120mm fan.

Zotac has built the PCB upwards with the latest GeForce GTX 460 and it has simply added an extram centimeter to amek room for both cooler and more high quality components.

The circuit board houses a powerful 8+2 phase power supply that will be a good base for those who want to overclock the GF104 GPU to new levels of performance. Beside a bunch of mosfets and GDDR5 memory circuits (total 1GB) we find two proadlizer capacitors and a giant cooler with copper base and four 6mm heatpipes cooled by a massive 120mm fan with temperature control. 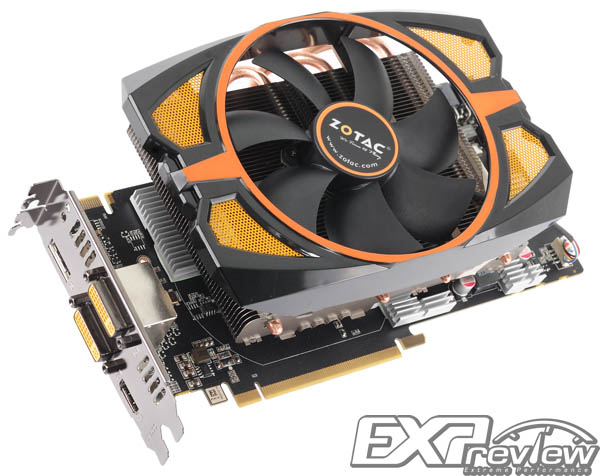 The cooler measures 185×131x63mm and weighs 465 gram. Other heat emitting components are cooled by a network of aluminum heatsinks across the card.

The card has dual DVI-I outputs, HDMI output and DisplayPort. Not surprisingly Zotac has also raised the clock frequencies. From factory the card operates at 850/1700/4000 MHz (GPU/shader/memory), which is a good increase from the NVIDIA reference clocks. 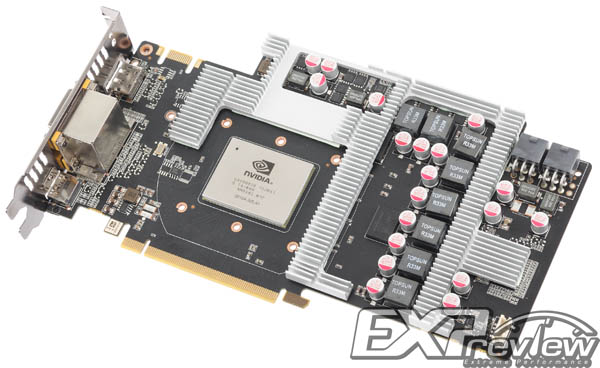 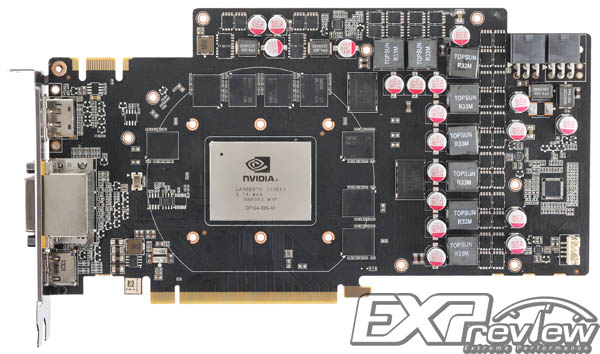