Zotac has presented some pretty far out graphics card solutions in the past and the GeForce GTX 670 Extreme Edition is no exception. An over-sized circuit board and tuned frequencies are just some of the ingredients.

Zotac has decided to continue on the work it did with the flagship GeForce GTX 680 Extreme Edition. The new top model for the sibling GTX 670 uses the same over-sized circuit board and powerful power supply with 13 phases. On the circuit board we find noise-free coils, DrMOS PowIRstage circuits, tantal capacitors and multi-phase FPCAPs. 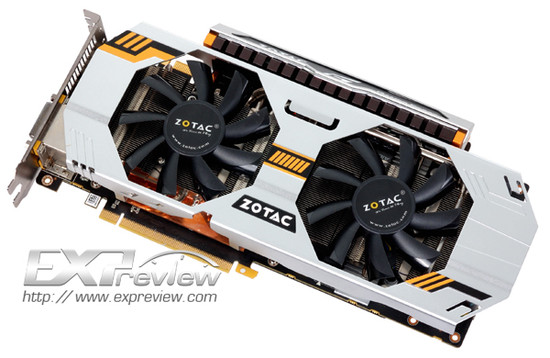 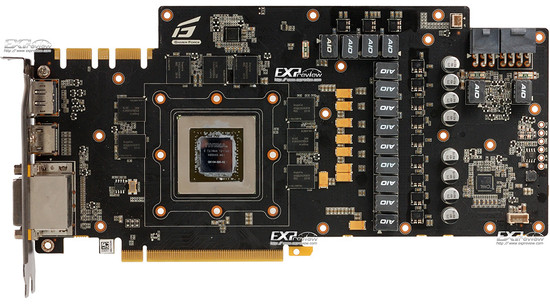 Zotac uses the same cooler found with big brother, dual 92mm fans paired with five thick 8mm copper heatpipes and a big aluminum heatsink. The cooler takes up two expansion slots and completed with a full cover back-plate on the rear of the card. 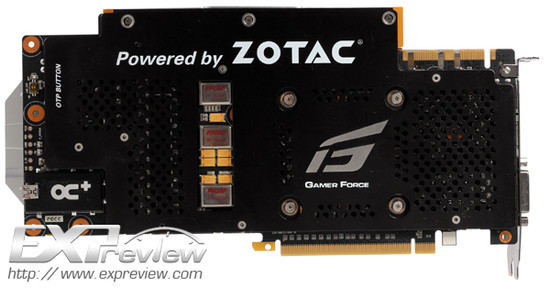 According to Expreview that has tested the card there is plenty of room for overclocking potential where they reached 1,300 MHz on the GPU with 1,25V GPU voltage, while the memory was capable of 7,400 MHz – with the stock cooler. We don’t know if ZOTAC GTX 670 Extreme Edition will come to the West, but we would not mind giving it a spin if it does.