We’ve taken a look at one of OCZ’ latest enthusiast-geared DDR2 memories. We investigate the performance of OCZ PC2-8500 while also test the DDR2 technology and its overall performance.

With several innovative products such as the DDR Booster and a power supply with adjustable rails, OCZ has found their way into many overclockers’ hearts. Enthusiasts might remember the Voltage eXtreme-series as a clear example of hardcore enthusiasts putting the manufacturers to their limits when it comes to ingenuity. Today the memory market has a vast array of products and of course of prices, ranging from cheap to sky high. And we’re seeing a lot of companies fighting over who has the fastest memory around.

Today we see DDR2 on all performance platforms, at the same time we’re seeing that DDR2 has started replacing DDR on the low end systems as well. We’ve earlier looked at the memory performance of AMD’s AM2 platform and now it’s time to examine the performance of its Intel counterpart. We’re namely going to examine performance of the P965 platform from Intel at different frequencies and timings as well as investigate how these OCZ PC2-8500 Platinum sticks overclock at different voltages.

We’ll start by introducing the memory, the OCZ PC2-8500 Platinum, as these sticks will function as the very foundation of this article.

The specification states that the memory is capable of working at 533MHz, which means an effective speed of 1066MHz DDR. To be able to reach these speeds OCZ allows the end user to feed the sticks with 2.4V. If this is enough or if it can be accomplished with lower voltage is what we are going to try to find out further in the article. Meanwhile, let’s have a look at the modules. As you can see below, the heatspreader utilizes OCZ’s patented XTC technology for maximum efficiency.

Here we see how OCZ’s designed their modules and how the heatspreaders look like close up. The shields themselves are made of aluminum with small holes to gain as much access to air as possible. On the last picture we see that OCZ has used a thin layer of thermal tape to increase the contact between the heatspreader and the memory module itself.

Next, we introduce the test system itself and the conditions for the tests.

As you can see, we’ve chosen the ASUS P5B Deluxe which is based on the P965 chip from Intel. To make the tests as comparable as possible we’ve chosen to only change the memory divider to obtain the different frequencies. In other words, the CPU frequency will remain at 2933MHz (266 x 11).

To give you the best possible picture of how these memory modules perform during heavy overclocking, we’ve applied a small voltage modification to the motherboard. This modification enables us to feed the RAM with higher voltages than before. To consider the setup stable, the RAM must be able to pass though five loops of MemTest 1.65+ test #5 without any errors at all. We decided not to rely on the voltages the motherboard displayed to us, but to use a multimeter to measure the voltage being supplied to the memory instead. The measure point was an empty RAM slot and the RAM voltage was set within 5mV from the specified values in the tables. We used an averaged powered 80mm fan to cool the RAM

When compressing files, WinRAR works with large amounts of data and it’s not a big surprise that we get the same differences in performances like the ones in the theoretical tests. Cinebench uses a different kind of load and as soon as we use lower latencies than 5-5-5-15 we have satisfied the memory access time. Later in this article, we will examine Cinebench more closely to see if we get better performance with a higher systems bus.

We continue by testing different frequencies.

Here we have a selection of frequencies with the same timings, which in order to get the widest reference material as possible is 4-4-4-12. When testing different memory multipliers, apart from when writing to memory, we see a larger influence on the memory performance. Going from 333MHz to 533MHz means a 60% increase of the memory frequency and in the more favorable cases we get more that 20% increase in performance.

As we can see, WinRAR once again benefits from the increase in memory performance and we see a 20% increase in the performance from 333MHz to 533MHz. Cinbench doesn’t benefit at all from memory frequencies above 333MHz; the bottleneck must be somewhere else. Depending on what program you run, we can spontaneously establish that it’s better to decrease the timings and increase the frequency a bit.

With the help of more voltage and some overclocking we will try to benefit from the better of two worlds, high frequencies and low latencies.

These modules are based on the D-revision of Micron’s memory circuits, which are known to react well with increased voltages. First of all we would like to say that using voltages above 2.4V voids your warranty and are not suitable for longer use. We will start with memory latencies at 3-3-3-8 and we will work our way up through the voltages to 2.8V.

As you can se, the memory scales well with the applied voltages all the way up to 457 MHz, which is pretty good for 1GB modules. In order to get moderate voltages, we would expect that 420MHz could be used for a longer period of time.

As we can see here there is a positive trend all through the tests, and it’s obvious that 4-4-4-12 is better suited for high frequencies than 3-3-3-8. During the frequency comparison we noticed a relatively higher improvement of the performance with high frequencies than with lower timings. Just like all kinds of overclocking both frequencies and voltage affect the heat dissipation and compared to the 3-3-3-8 scenario the memories are working at a 30% higher frequencies, which means 30% more heat.

5-5-5-15 are the specified timings of the memories, with the frequency at 533MHz. As we can see this is indeed true and the memories are capable of way more at 2.0V already. Other than that we have a completely different diagram compared to the previous. One reason for this is that we’re starting to close in on very high frequencies, which doesn’t just pressure the memories, but also the northbridge. Already during the 4-4-4-12 overclocking we noticed that we had to increase the voltage to be able to go higher. Over 590MHz the memories are having a really hard time and we can see that we need to apply a lot of voltage achieve just a few MHz.

We summarize all of the data in a single diagram and analyze the result.

Depending on what kind of voltages you have access to we can here see what kind of results you can expect with these modules. This can of course vary case to case, but is also dependent on the actual voltage supplied by the motherboard. Up to 2.3V we can see that the 5-5-5-12 setting has a comfortable lead in the frequencies and looking back at the previous tests the performance should be relatively even with this setting and 4-4-4-12.

We’re starting to realize that there are many dimensions and aspects when investigating the performance of memories. Something we haven’t taken a look at yet, but mentioned in the passing, is the system bus, through which all of the data passes when the processor and memory communicate. Another aspect would be how much effect the improved memory performance has on the overall system performance. This is something we will take a closer look at on the coming pages.

First we will look at how the system bus affects the overall performance.

To make sure there are as few outside factors as possible affecting the performance we’ve chosen a processor frequency at 3GHz and then chose different memory multipliers in an increment around 500MHz. Because there are only a few of these multipliers we can see that the spread is rather large and we have in these cases included speeds at both over and under 500MHz to study the difference.

Here we can clearly see that the system bus, FSB, plays a big part of the memory performance. Not surprisingly a system bus at 375MHz and a memory frequency at 564MHz offers the best performance with all memory-related tests and crushes the setting at 273MHz FSB and 554MHz memory with between 20% and 30%.

WinRAR continues to show significant improvements of the performance when we increase the FSB frequency and we see a linear scale of the 273MHz, 333MHZ and 375MHZ FSBs at the same memory frequencies. Cinebench on the other hand has taken a small step up from the previous tests because of the somewhat higher processor frequency, but other than that it shows not tendencies of being FSB dependent.

Before we move too far away from the core of this article we will see if there is any difference with some other benchmarks.

When we run some other tests that put the entire system under load we can see that memory speed doesn’t matter all that much, relatively. If you on the other hand are going for those last 500-600 points with 3DMark2001 this may very well be a way to gain those last few percents performance.

The article is coming to its end and we will conclude our experiences on the last page.

Performance and stability
RAM is starting to reach the limit of how much the platforms of today can take. Even if the RAM itself can handle high speeds, it calls for a lot of effort from the platform to be able to keep up and benefit from the extra speed. We haven’t found out exactly which circuits OCZ uses in its 8500 Platinum memory, but we are confident that it’s based on the D9 circuits from Micron. The modules perform as promised without problems and by making use of some overclocking, no problems appear in the process of reaching the specified frequencies with both margins and tighter memory latencies. We didn’t encounter any problems during the whole time of our review. Previously we’ve experienced that the memories performed better and better as the test went on.

As with other RAM modules with circuits from Micron, these can handle both high frequencies as well as low latencies, which let the end-user choose from a wide range of preferences. Depending on which voltages your motherboard offers, you can expect the RAM to be capable of handling 450 MHz, 570 MHz and over 590 MHz at 3-3-3-8, 4-4-4-12 and 5-5-5-15 respectively. Even at lower voltages, we can see a lot of capacity when it comes to the frequency, especially at 5-5-5-15. It is also worth to mention that the values we’ve specified in the overclocking part of the test are actually MemTest stable frequencies. In applications that aren’t as demanding as MemTest, you can go a lot higher.

After working with OCZ’s 8500 Platinum RAM for a few weeks, there’s no doubt that OCZ has delivered a pair of solid modules with very good overclocking potential. The price of these modules are about $280, which is actually less than most corresponding modules from other manufacturers.

We want to thank OCZ Technology for sending us these modules for evaluation. 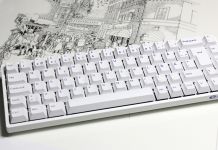 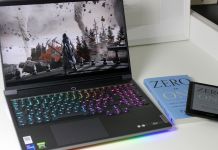 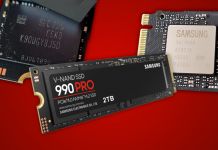