Benchmark and monitoring software AIDA64 has been updated to version 1.85 and in the latest specification we see support for OpenGL 4.2 and more GPU information for NVIDIA GeForce 510 and GeForce GTX 580M. Even more interesting is the preliminary support for AMD’s coming APU circuit Trinity with heritage from Bulldozer.

AMD Trinity will be the first APU based on the fresh AMD architecture Bulldozer and besides a more powerful CPU portion than current Llano APUs we should also expect a GPU architecture based on VLIW4 that is used in the Radeon HD 6900 series. 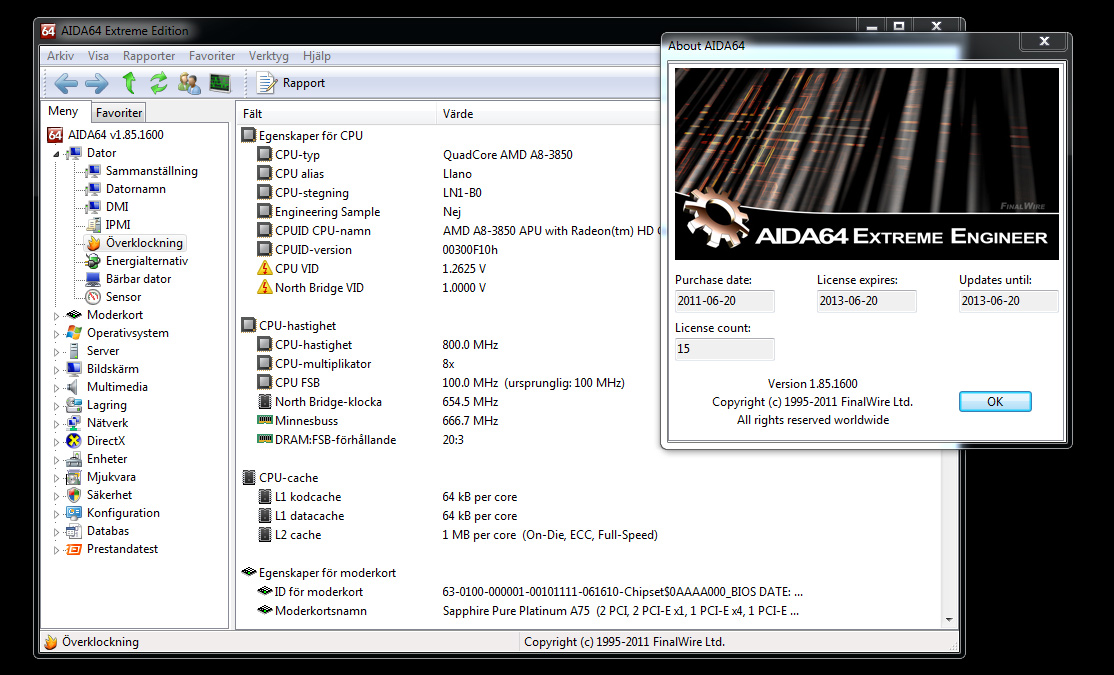 Exactly what AIDA’s preliminary support for AMD Trinity means is hard to say, especially since we don’t have any processors to test with, but it at least gives a hope of an early launch.

AIDA v1.85 can be found at FinalWire’s website and below is a complete list of the features of the latest version.