Corsair is one of the last few enthusiast oriented companies, and lately it has been broadening from RAM to most products that can attract gamers and alike. Corsair has now launched a cheaper water cooler, H40 and it relaunches H70 without fans for those who want to use their own.

Corsair continues to broaden its H series, consisting of closed-loop and maintenance-free water coolers. It has now introduced two new products, one we have seen before, while the other is completely new.

Corsair H40 is a new entry model developed for a lower price for mainstream computers, while it will offer decent cooling performance. H40 gets a 120mm radiator with the same thickness as H60, and the difference is in the material. Judging from the pictures H40 will get a contact surface in alumiium, and not copper. How much it will affect performance we don’t know, but it should be just as good as decent air coolers in the same price range.

Corsair H70 is known from before and by itself not news. H70 came as the step up from H50, but with thicker 120 mm radiator 38 mm in profile, which improved cooling performance. Corsair has now released what it calls H70 CORE, that is based on H70 but without the fans. According to Corsair it targets entusiaster that wants to use their own fans. 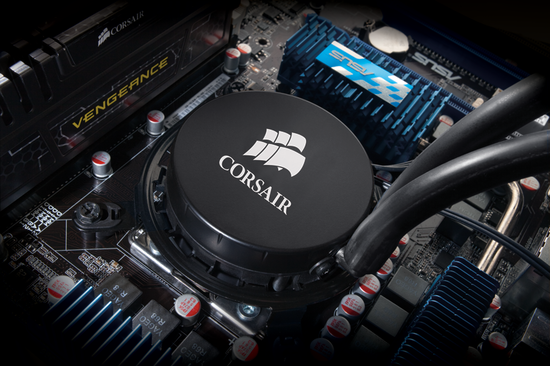 Is aluminum good enough to compete with air coolers in the same price range?

We have to say that Corsair Hydro Series H40 is an interesting addition, since it could be the first water cooling to really reach the masses, and should be cheap enough for people on a limited budget. The big question is how much performance suffers when moving from copper, to aluminum.