Galaxy will before Christmas launch new graphics cards based on NVIDIA GeForce GTX 460. With a white PCB the graphics card is truly a card of the season and since our last report more pictures and detailed specifications have surfaced.

Exactly what Galaxy will call the white card is uncertain, but according to VR-Zone we can expect something on the line of White or Christmas Edition. Thanks to the heavy power supply with 6 phases for GPU and 2 phases for the memory circuits Galaxy will push the clock frequencies to 4600 MHz for the GDDR5 memory while the GPU will be clocked between 900 – 1 000 MHz.

When Galaxy presents its new Winter card is uncertain, but the new pictures implies it will be a 1GB model, but the price remains unknown. 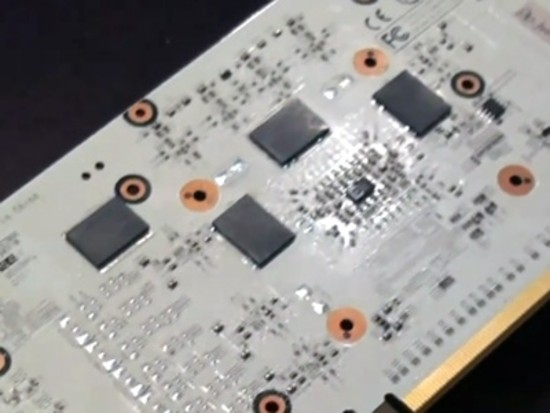 4 NEC Prodalizer capacitors on the back