Plextor has presented its M5 Pro series that beneath its aluminum chassis houses a new generation of SSD controllers and all fresh MLC NAND circuits. Marvell 88SS9187 makes its official debut in Plextor M5 Pro, even if the circuit is believed to be the heart of the OCZ Vertex 4 series, where sometimes we see quite impressive performance at random read and writes at 82,000 to 94,000 IOPS.

Marvell’s 88SS9187 controller has been paired with whole new flash memory circuits from Toshiba. These are made with 19 nanometer technology based on Toggle-Mode NAND and are capable of reaching quite impressive transfer speeds. Like OCZ Vertex 4, Plextor M5 Pro has a big DDR3 cache at 768 MB in the top model with 512 GB storage capacity. 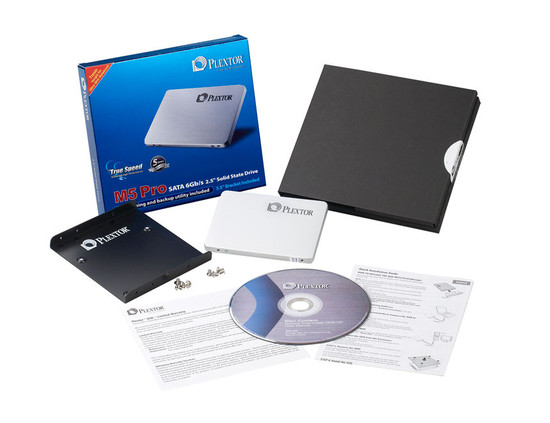 The specifications reveal that also this generation of SSD controllers is still dependent on the number of memory chips and the read speed especially increase with storage capacity, at least when moving from 128 GB to 256 and 512 Gb capacity.

Plextor have learned from the competition and ships the M5 Pro series with 5 year warranty. It is slated to debut in the middle of August. Plextor also offesr för 256-bit AES encryption and says the units are designed for ”prosumers” and larger operations.

The big question is of course how the units really perform and what the price will be when it appears in stores.