NVIDIA GeForce GTX 680 will be a direct competitor to AMD’s flagship, and now the specifications and what looks like benchmarks have appeared. It seems GTX 680 will give AMD something to think about.

NVIDIA’s Kepler has been one of the most talked about launches in a long time, this since NVIDIA has introduced a new architecture but also told NordicHardware that it expected more from AMD’s new architecture. The first benchmarks have appeared, and they look good on paper. 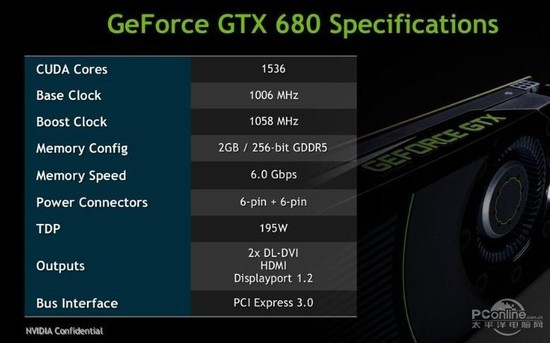 The GPU that is believed to be GK104, comes with 1536 CUDA cores clocked at 1006 MHz and 1058 MHz in something called Boost Clock. We see that the card is limited to only 256-bit, but with a clock frequency at 1500 MHz (6 000 MHz effectively) on the GDDR5 memory results in the same bandwidth as the GTX 580 – 192 GB/s. The card is rated 195W TDP, and therefore only has two 6-pin connectors for extra power. NVIDIA looks to support PCI Express 3.0 just like the competition, and has two DVI, one HDMI and one DisplayPort for the monitors. 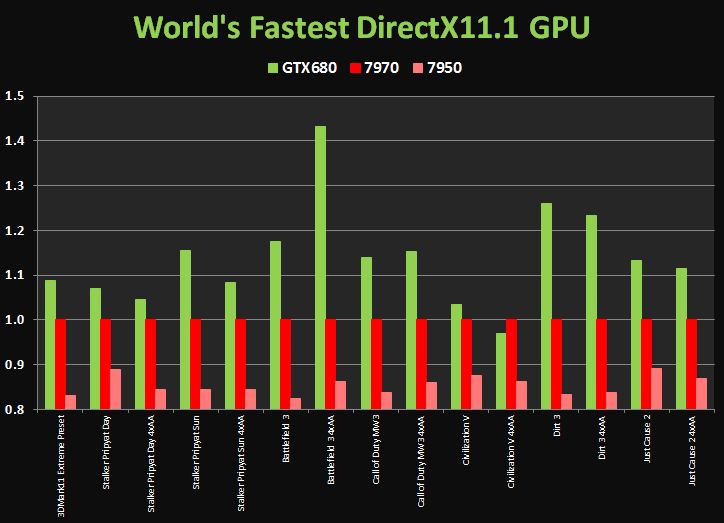 Exactly how truthful these specifications and benchmarks are we will leave unsaid, but if they are somewhere near the trust it looks like NVIDIA has a winner here, with a well performing and efficient architecture.