Inno3D has announced a new flavor of NVIDIA GeForce GTX 470. The card we first reported on last month has been named Hawk and the great difference from the reference cards is the cooler. Arctic Cooling Accelero Xtreme with three big fans cover the entire card, including all possible heat emitting components. 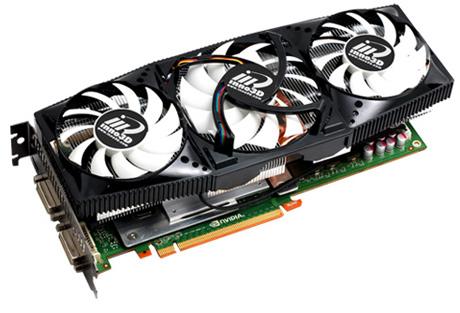 The cooler from AC sports five heatpipes and a large aluminum heatsink. The three fans spins at 900 to 2,200 RPM, depending on temperature. The price you pay, beside more money, is three expansion slots. The clock frequencies are the same, but overclocking should be more than possible.