GeForce GTS 450 launched officially today and even if the card hasn’t impressed us all the way through it offers solid performance and impressive overclocking potential. Palit has taken advantage of this and launched an overclocked model with 930 MHz GPU clock frequency, up from 783 MHz stock clock.

Palit has like other companies launched several models of GeForce GTS 450 but the top model  GeForce GTS 450 Sonic Platinum looks to be one of the fastest cards around. The standard frequencies of 783/1566/3600 MHz (GPU/Shader/Memory) was pushed to impressive 930/1860/4000 MHz and according to the company it will be 18% faster in DirectX 10 games than the regular card.

It has the usual features like NVIDIA 3D Vision, NVIDIa Surround, PhysX, CUDA and DirectX 11, but the price was not revealed. 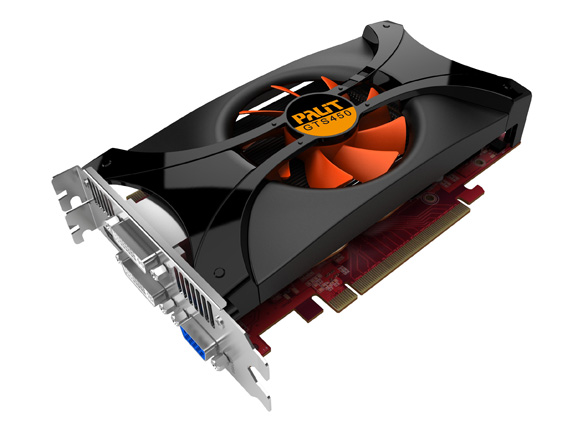