Intel got a rough start with the praised Sandy Bridge architecture and had to recall all chipsets. The sales didn’t really take off until Q2 and now new information says we shouldn’t expect a launch of Ivy Bridge until Q2 2012.

Intel usually upgrades its mid-range platform during CES in Las Vegas. The event is held in early January, but it looks like Ivy Bridge will not be there next year, since the launch is rumored to have been moved to a later date. The information has circulated for some time and Intel has only said that Ivy Bridge will launch in H1 2012, without specifics.

The latest information says the new Ivy Bridge architecture will launch between March and April. About the same time Sandy Bridge gained momentum in 2011. That Intel will go for a later launch of Ivy Bridge is understandable for a couple of reasons. Besides that motherboard makers and Intel have lost many weeks of Sandy Bridge sales it will also announce the enthusiast platform LGA2011 and Sandy Bridge-E in Q4 2011. 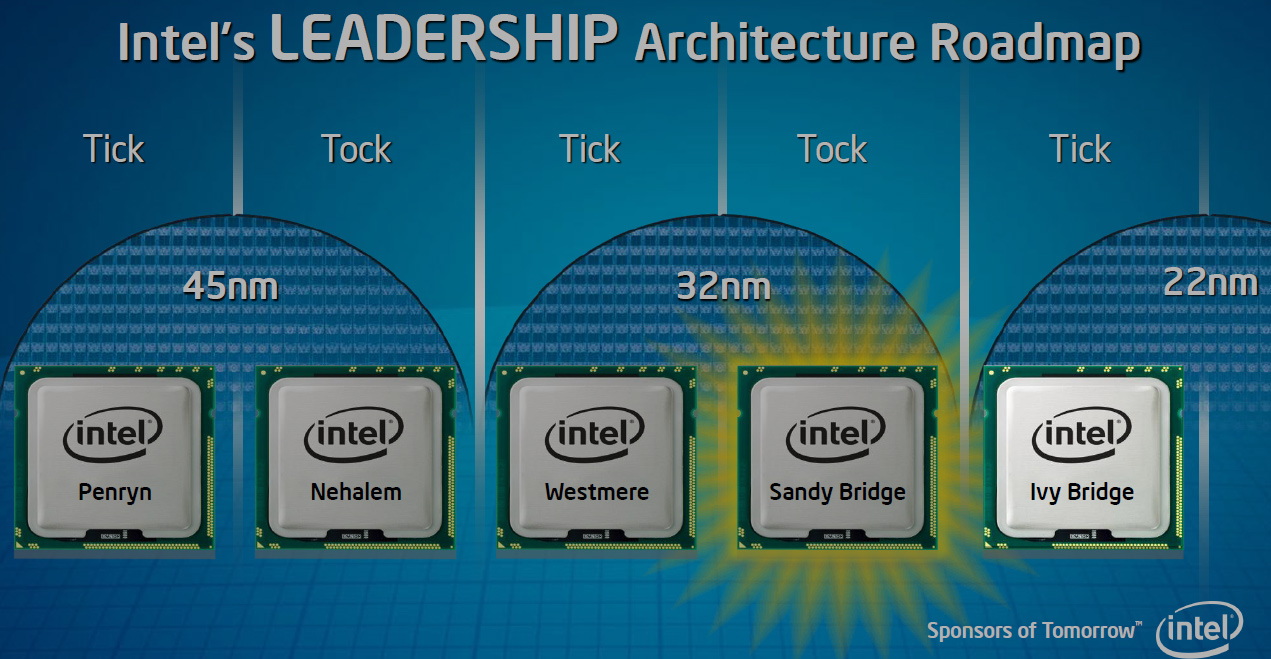 Even if Ivy Bridge isn’t intended to compete with Sandy Bridge-E the comparison is unavoidable and with new 3D transistors and more efficient 22nm technology an early launch of the new mid-range platform would make LGA2011 look old rather fast.

Intel hasn’t commented or confirmed the information, but it does seem quite likely to hold off the introduction of Ivy Bridge. AMD are hardly sad about this since it is also rumored to have some problems with the new Bulldozer architecture and AMD FX processors.