Razer Blade is the portable gaming computer that Razer says will save the PC gaming market. Razer has now revealed details and launched its first notebook with 17″ screen and 22mm profile. Besides powerful performance components there is also a separate LCD screen next to the keyboard.

Razer Blade is a portable gaming computer, but hardly in the format most would expect. When Razer started talking about a revival of PC gaming many though about the product concept Switchblade, a mini-PC with tailored interface for gamers.

Instead it is a full size 17.3″ screen with LED backlightinh and 1920 x 1080 pixel resolution. What makes Blade unique in a crowded market is the measurements, a record thin profile of only 22mm (thinnest of the 17″ class) and that the touchpad has been replaced by a touch LCD next to the keyboard. 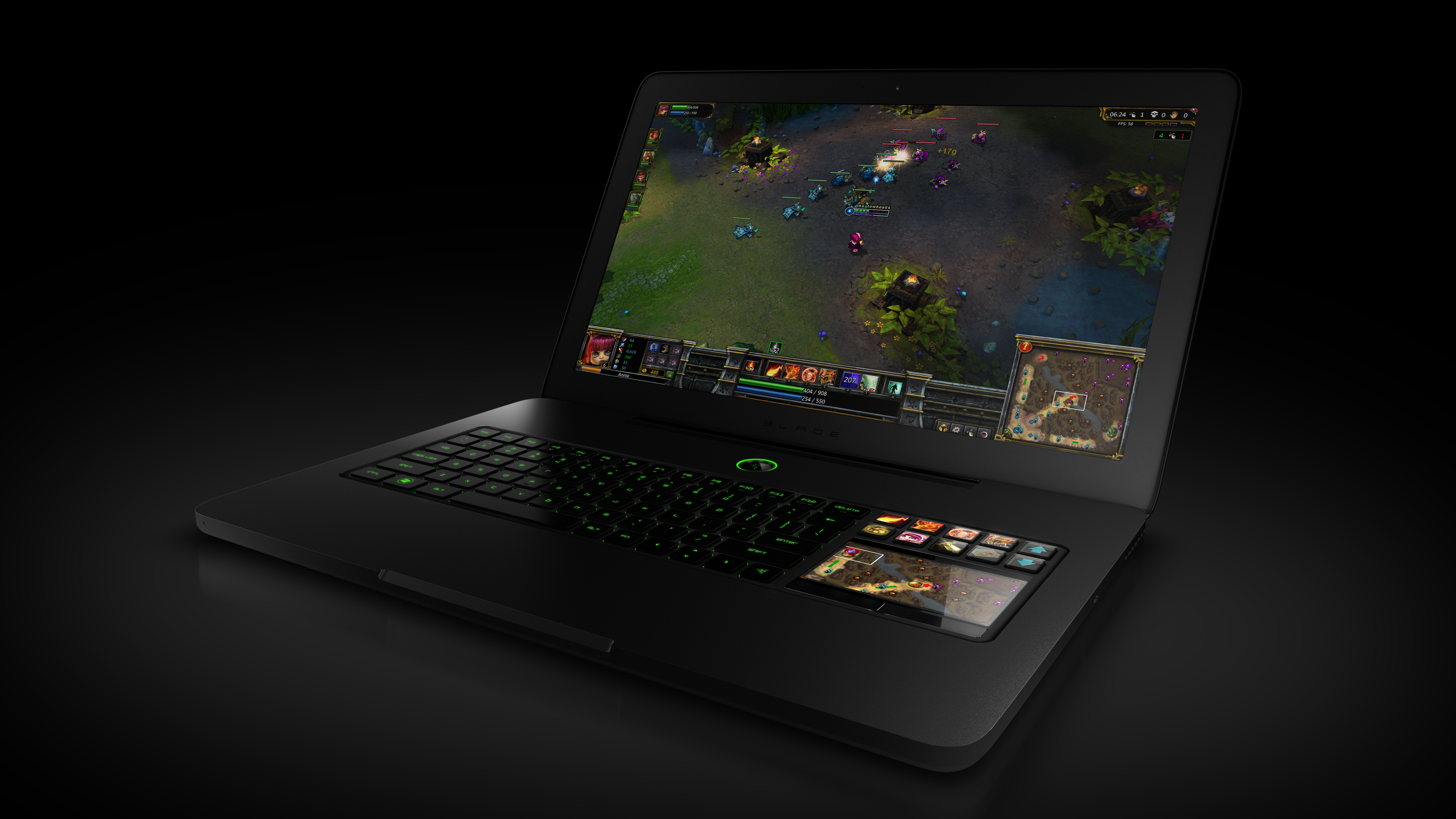 The size of the LCD is unknown, but the resolution is 480 x 800 pixels, which means you can fit quite a lot of information on it. The screen has touch technology and can be used as a touchpad, but also to show maps or other game information without blocking parts of the main screen. Above the screen are ten programmable keys that can be controlled by game profiles or the user. The software here builds on the same used in the Switchblade interface that was shown at CES earlier.

Razer Blade is made from matte black alumiium and weighs for its size low 3.16 kg. Under the thin exterior we find a powerful Intel Core i7-2640M processor with dual cores at 2.8 GHz (3.5 GHz Turbo and 35 watt TDP). Also 8GB DDR3 RAM and a GeForce GT 555M graphics card with 2GB dedicated GDDR5 memory. Other goodies include backlit keyboard with anti-ghost technology, USB 3.0 support, HDMI output, 60Wh battery and a specially designed AC adapter that is half as big as competing models. 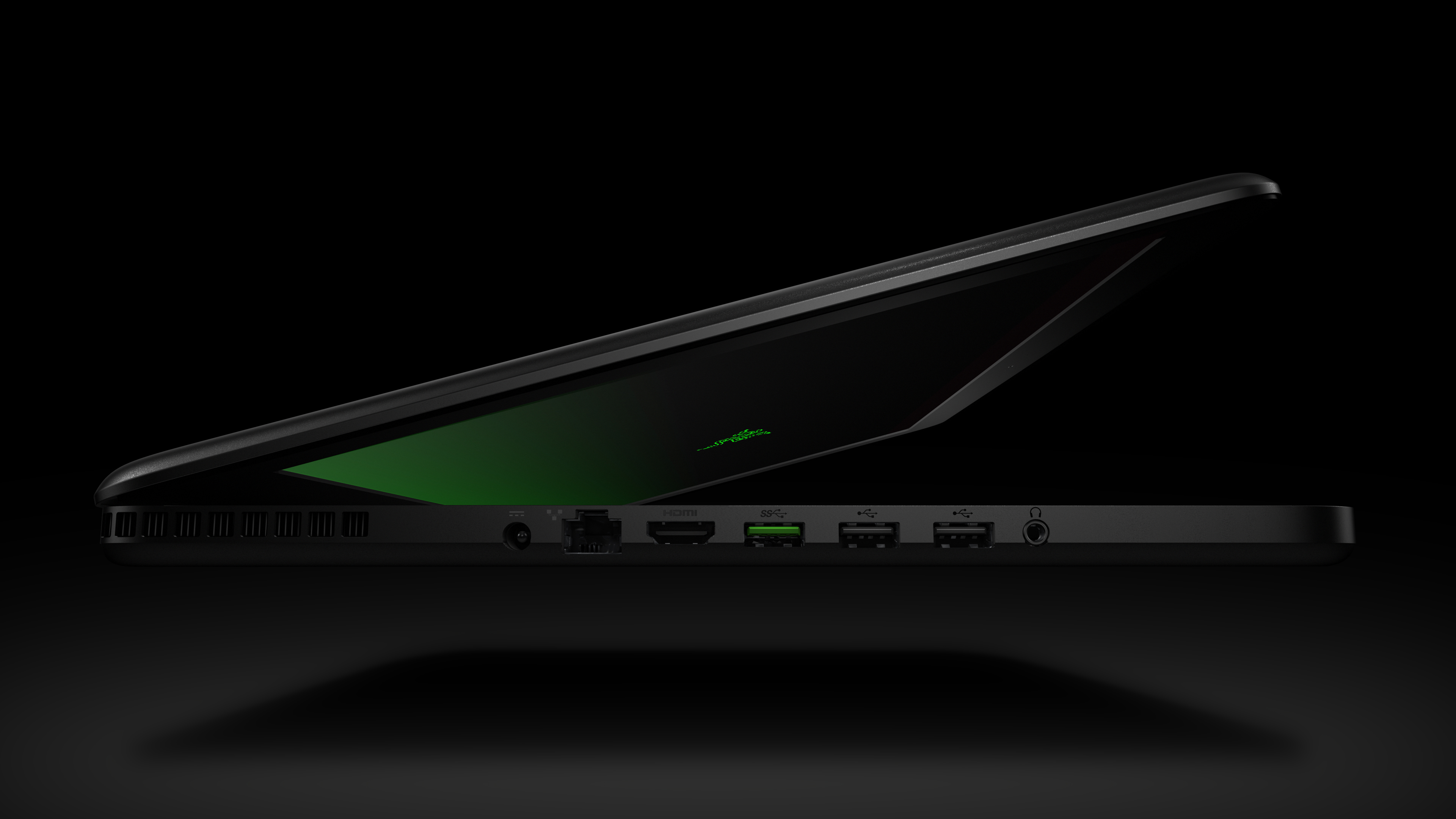 Razer Blade will not be the most powerful gaming computer on the market, but with its profile and features it is one of the most attractive. We also welcome new moves and the slim casing. The integrated LCD touchpad is a nice move. According to the first previews Razer Blade is a very promising creation, but with a price tag at around 2500€ the wallet is also going to become slimmer. 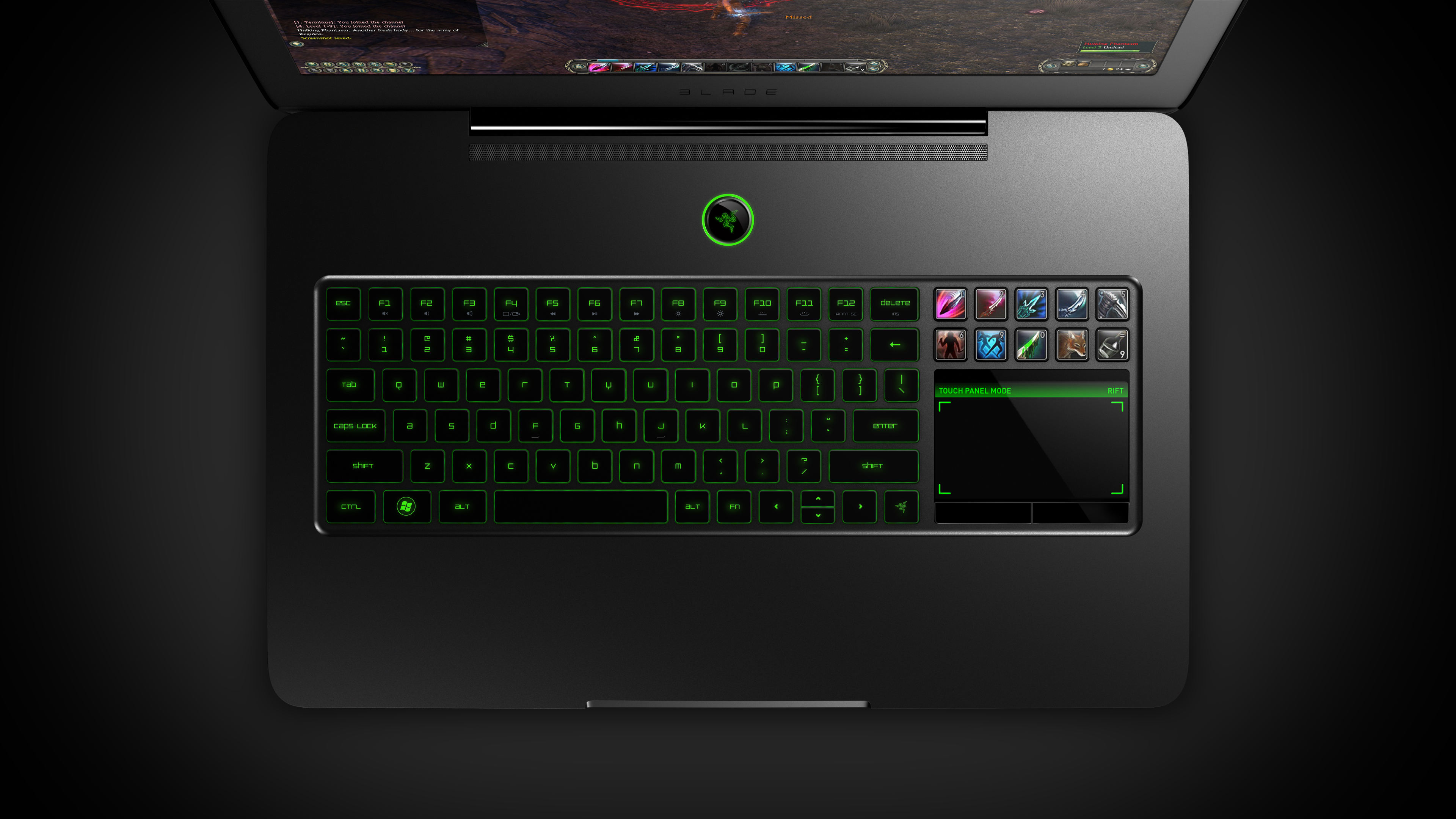