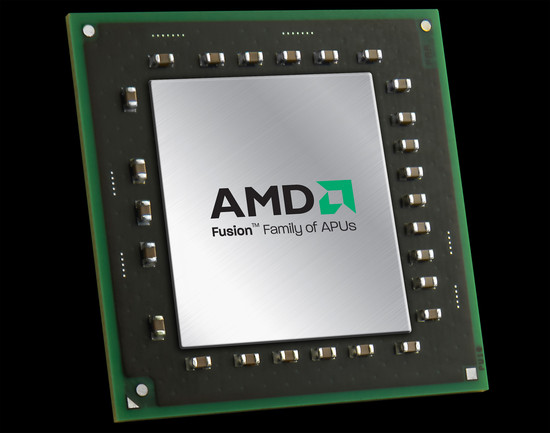 Only days after the detailed roadmap for 2012 leaked the full specifications for AMD Trinity is out. The new Piledriver cores are close to 4 GHz, and the integrated graphics will run at up to 800 MHz.

Trinity will follow AMD’s Llano and the A series we find on the market today. AMD have already started shipping the new architecture and says it will have more design wins for the mobile segment than Llano had. While AMD has already implied how good Trinity will be for notebooks, it has been rather quiet about the desktop segment.

If we look at the graphics A10-5800K and A8-5600K will sport fewer Radeon cores than the Llano versions, but Trinity comes equipped with the much more efficient VLIW4 architecture and higher clock frequencies, which means the overall performance should still be higher.

Trinity sports the second generation Bulldozer architectre: Piledriver, and as we can see here it sports really high frequencies. Nearly 4 GHz and the A10 series even goes above in Turbo mode. We are still worried about how four Piledriver cores perform, since this is just a refresh of Bulldozer. The TDP at 100W and the fact there are 65W models with marginally lower clock freqencies at least show AMD has solved the problems with the relatively high energy consumptions of Bulldozer? We at least hope for a big leap from Llano, which is currently competing with Intel’s dual-core models. 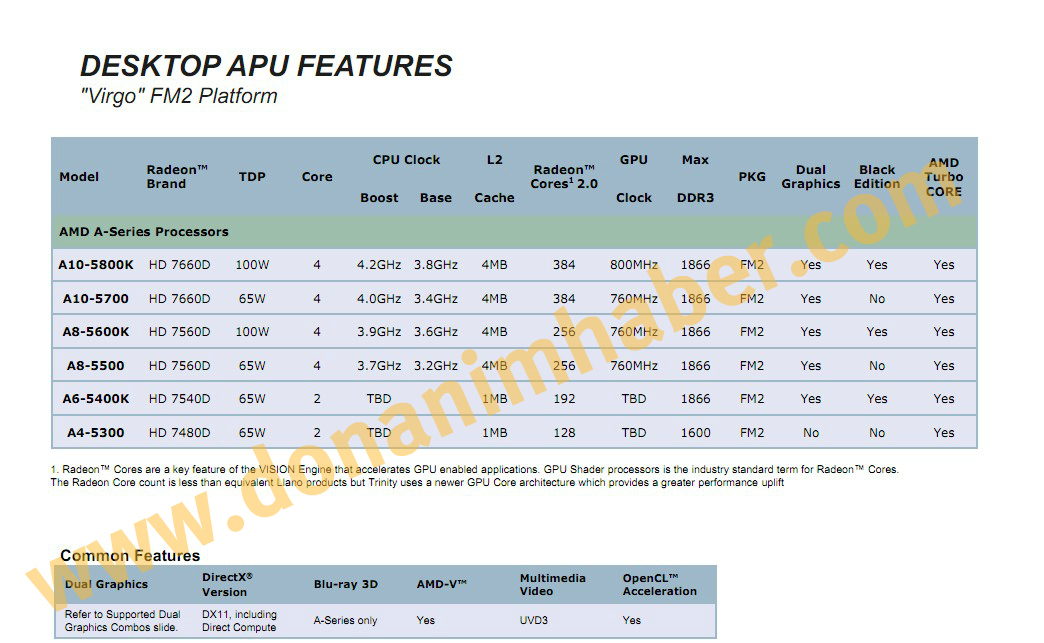 There is also two dual-core models listed; A6-5400K and A4-5300, but beside the number of cores, cache and Radeon cores there is no other information. The dual-core models will appear in Q3, which means there is still time to set the final frequencies. These are expected to launch in the 65W envelope. We can see that Dual Graphics will be available, and hopefully it will be together with HD 6400, 6500 and 6600.

The launch of Trinity with four cores is slated for Q2. Since a line of products usually live one year it is not unlikely it will arrive in June, one year after Llano.

Pegatron Technology helps compoennt maker Asustek Computer to build ultrabooks in the Zenbook series, but according to a Chinese newspaper this has come to an end as Pegatron gives in to pressuring from Apple.