”The Future is Fusion” was the lead for AMD not so long ago, and the chip maker continues its work with integrated solutions. The G series has now been updated with all fresh Jaguar cores at 28 nanometer, Northern Islands graphics and an integrated I/O controller.

AMD continues its work of fitting more components onto the same piece of silicon, and next on the list comes an upgrade for the G series, mainly aimed for integrated systems, e.g. casino or arcade machines. The first chips of G series was introduced under the Brazos platform in 2011, and offered 1-2 Bobcat cores 40 nanometer, integrated DDR3 memory controller and HD6000 graphics. 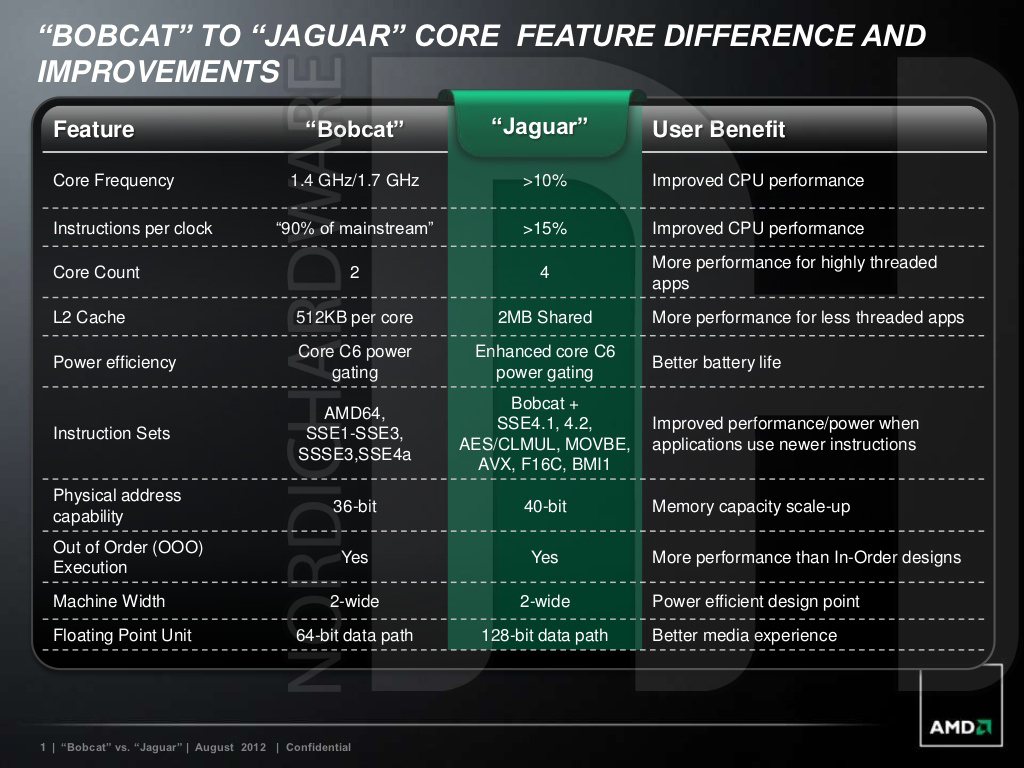 The next generation G series has been announced. AMD has managed to merge the I/O controller with the rest of the components, which makes the new APUs AMD’s first fully featured SoC (System-On-a-Chip). The embedded market makes real good use of these kinds of chips since they require fewer components to be ordered and build into the final product. The controller adds support for two screens, eight PCI Express lanes, SATA 6 Gbps, eight USB 2.0 ports, two USB 3.0 ports and memory card reader.

Instead of Bobcat the new system processors uses the next generation Jaguar cores at 28 nanometer, and will sport 2-4 cores. Also the graphics has been upgraded, and the new G series comes with circuits from the 8000M series, but there will also be models that ships without graphics for lower TDP or more focus on CPU performance. will be in the range of 9-25 watt depending on the model, and an interesting joint factor for all models is the support for ECC memory, which is usually a trait of a server processor.

All GPU-equipped models support DirectX 11.1, OpenGL 4.2X and OpenCL 1.22. As mentioned above, these are mainly intended for embedded systems and not so much the retail channel. If there is high enough demand for embedding X86 systems it should give AMD a nice boost, and the update is well in line with AMD’s development of more energy efficient and integrated processing solutions.