GeForce GTX 690 is not just the most powerful graphics card on the market, it is also one of the hottest. Even if Nvidia did do a good job with the reference cooler there is room for improvement, something Arctic Cooling has done with Accelero Twin Turbo 690.

Cooling maker Arctic Cooling is well known for its graphics card solutions and lately it has launched a number of coolers with both water and air as the medium. With Accelero Twin Turbo 690 it is only air cooling – but not just any air. The cooler weighs 805 gram that builds on a big aluminum heatsink with copper inlays for graphics circuits and ten 6 millimeter heatpipes that moves the heat up to the 86 separate fins. 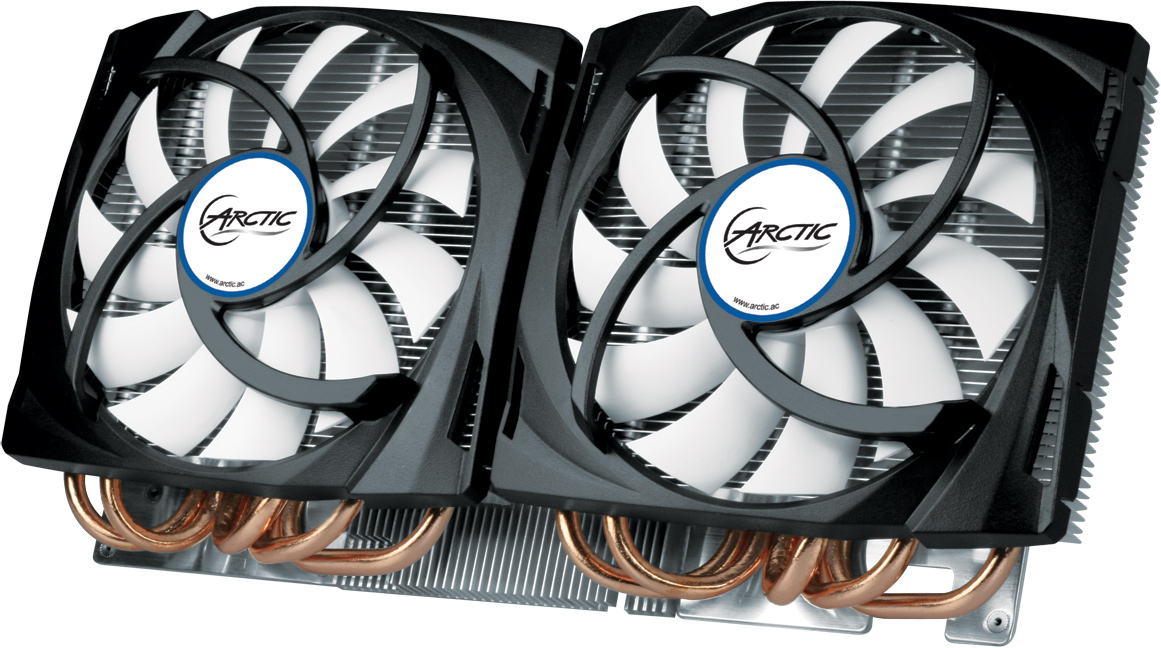 On top of the heatsink Arctic Cooling has mounted not one but two 120 mm fans. The fans are PWM controlled and are said to be 13 times quieter than the reference cooler by Nvidia. The cooler has a cooling capacity of 400 watt and will also cool memory circuits, voltage regulators and the SLI bridge chip. 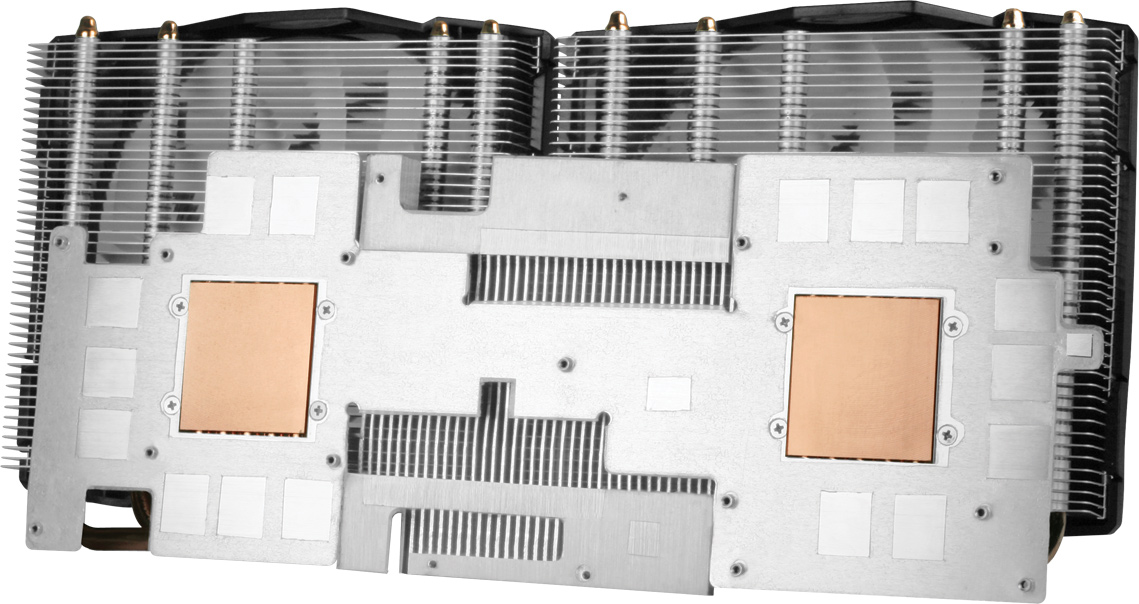 Arctic Cooling Accelero Twin Turbo 690 ships with preapplied MX-4 cooling paste and will appear on September 10. The price will be 169.95 dollar.